Lane Dilg, the Santa Monica City Manager with one foot out the door, won't explain her refusal to allow pickleball players to use the city's public tennis courts 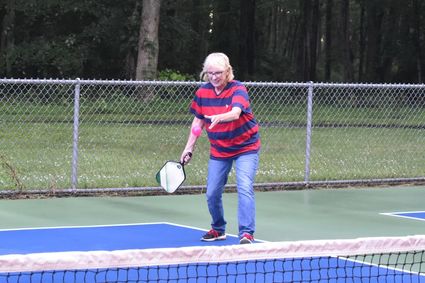 At first the city simply wouldn't help the pickleball players set up their courts. Then they pushed them out of the courts they'd been setting up on their own. And now they won't let them even do that.

Pickleball was invented in the 1960s as a backyard sport, using solid paddles and a light plastic wiffle ball. It uses one quarter of a standard tennis court. After setting up the nets, 16 players can use one tennis court to play pickleball.

But this sport, with adherents in the hundreds in Santa Monica, is facing inexplicable obstacles from the City Manager, Lane Dilg. They are not given dedicated space or time to use the public tennis courts, and they are not even allowed permission to set up permanent, non-damaging nets on courts that are available to tennis players.

Before the pandemic's lockdown, the city's pickleball players used to use 4 courts at Memorial park; these courts sported the added striping associated with the game. City workers would set up the nets for them during the set times the courts were dedicated to pickleball use. According to Fred Silberberg, a member of the group, hundreds of players would come to play.

The lockdown changed all of that. Once the tennis courts reopened to the public, the city workers would no longer take out the pickleball nets.

That didn't stop the pickleball enthusiasts. They purchased and set up their own nets. According to Silberberg, there would be close to 200 players over the weekend.

The council said they did not have the money to paint the courts. They also refused to set aside a designated time for pickleball play on Memorial Park's tennis courts.

The pickleball players made numerous offers: they would pay for the paint for the striping. They would move to a different park and use different courts.

For every offer the pickleball players made, Lane Dilg said no. Undoubtedly, the most frustrating aspect of her consistent denials for permission was her accompanying refusal to provide any reasons for her decision.

When one pickleball group made a reservation at a different city tennis court, as any tennis player might, he was told he would not be allowed to set up the temporary pickleball net and play pickleball on the court. Only tennis. No reason was given for this bizarre denial.

The Parks and Recreation commissioners would like to see the pickleball players given an opportunity to play. 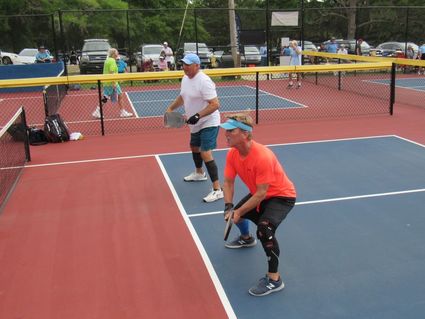 Pickleball is a favorite of senior centers across the country

But Lane Dilg does not. And no one knows why. The pickleball players cost the city nothing and utitlize the space more efficiently than anyone else.

The most hopeful statement on the subject Silberberg has heard is "we'll hire someone to do a study."

For that, a costly study by overpaid consultants to determine something common sense could have figured out in less time for free - for that, the city will spend money.