Residents baffled by apparent decision the US Postal Service made to remove mail deposit boxes from all local post offices. 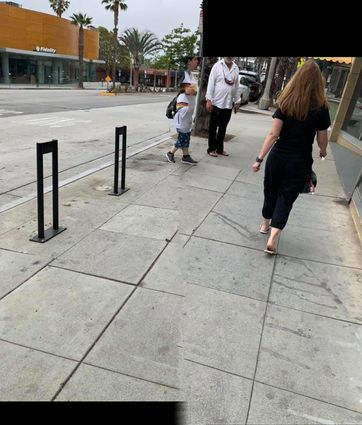 Before you take a walk to the mailbox, you should know that it's not there. And former US President Donald J. Trump had nothing to do with it.

Local residents woke up Saturday morning to find mailboxes removed from sidewalks in front of Will Rogers Station, the post office located at 12th and Wilshire Blvd in Santa Monica. Post boxes were apparently also removed from sidewalks in front of other US post offices, including the PO on Nielson Way and the main Santa Monica post office located at 7th Street and Olympic Blvd.

"It was here just yesterday!" exclaimed a distinguished looking senior woman. "I swear, I put mail in it yesterday!" 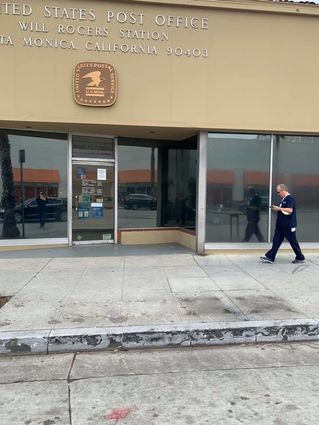 A postal clerk at the 7th Street Station in the 90401 zip code confirmed that the Postal service had removed boxes from her post office, Will Rogers Station in 90403, and the contract post office at the base of the Santa Monica Shores apartments, 2720 Nielson Way in 90405. "It's apparently a security measure," she said. "No one consulted with us. You could call the main post office number to ask about it," she suggested.

A post box (British English; also written postbox; also known as pillar box), also known as a collection box, mailbox, letter box or drop box (American English) is a physical box into which members of the public can deposit outgoing mail intended for collection by the agents of a country's postal service. The term post box can also refer to a private letter box for incoming mail, says Wikipedia

I think this is just plain insane. I think the public deserve to know why a decision was made to remove these post boxes. Last night I walked to the Wilshire Blvd post office to mail a letter, but it was just gone. At the very least, they should have told the public of their decision and why instead of just removing the boxes. Was it a security issue or something? Please someone let us know why this stupid decision was made.