"Let's cuff the cops and release the crooks" mentality is making it way onto the streets, says Sheriff Villanueva 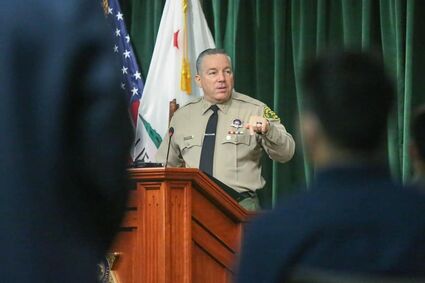 On Friday, June 18, 2021, at approximately 9:50 p.m. two young males were walking on Raven Lane and Avenue J-4 in the city of Lancaster. Two males, one riding a bicycle and the other on a skateboard passed the walking men and began firing on them. The gunmen continued shooting even as one of the victims lay on the pavement in agony and distress, screaming in pain. The perpetrators continued their way, still on the bike and skateboard.

The victims suffered multiple gunshot wounds to their backs, torso and legs. Both victims were transported to a local hospital where one remains in critical condition. The other victim was released and is recovering at home. 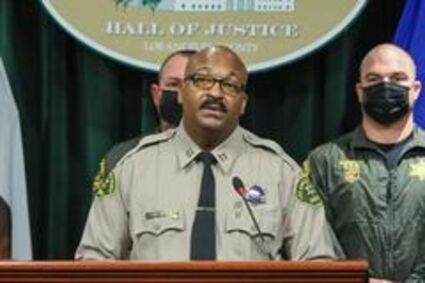 Investigators from the OSS Bureau responded and found approximately 30 expended shell casings at the scene. They immediately began an exhaustive investigation, executed search warrants at two locations, and on Tuesday, June 29, 2021, at approximately 9:00 p.m., OSS investigators arrested the suspects connected to the shooting, along with three additional individuals. Several "ghost gun" firearms were also seized from the locations. Ghost guns are virtually untraceable weapons that can be made at home using parts that are legally purchased usually in the internet.

The adult suspect is a self-admitted gang member and has an extensive criminal history. He is currently on parole under Post Release Community Supervision (PRCS). Based on current laws, the juvenile was unable to be interviewed by investigators.

"Now it seems like the movement from the District Attorney's office is 'Let's cuff the cops and release the crooks' and that whole mentality is making its way onto the streets now where it's more dangerous for our community members. So we need to definitely rethink what our role is and what reform really means in the criminal justice system and who's benefitting from this reform..." said Sheriff Villanueva.