Car to car shooting in Venice results in overturned vehicle, Death of Driver 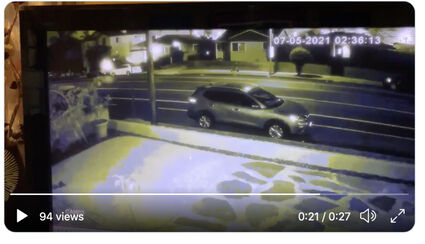 Car to car shooting in Venice results in one death, and an overturned vehicle

A man was killed and a woman wounded in a car-to-car shooting in Venice early Monday morning, July 5. A gunman in a passing car shot into a white sedan near the corner of Brooks and 7th Street in Venice. The driver managed to continue for another two blocks before overturning the car on the front lawn of a house near the intersection of Rose Avenue and Lincoln Blvd in Venice.

The gunman remains at large. The police did not immediately announce a motive or a suspect.

This from Twitter: "This is the crash in #Venice that (according to #LAPD) occurred during a car-to-car shooting. A young man in the car that overturned died from gunshot wounds. A woman with him was wounded. Police are looking for a white sedan with collision damage. Video courtesy CBS2."