In a Brazen Opposition to Public Wishes, the California Legislature is Poised to Reverse Proposition 25 and Institute No-Cash Bail 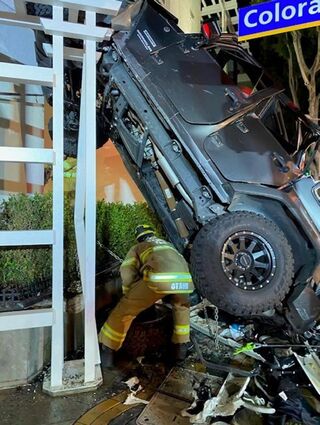 A law that would grant nearly all (if not all) criminal defendants the right to walk out of jail without bail is now sitting in the Public Safety Committee of the California State Assembly after passing the State Senate with a 30-9 vote. Should the bill, SB 262, get passed by the Assembly, it will be nearly (if not completely) impossible to hold any offender in jail, no matter what crime they are accused of committing.

The proposed law would require bail to be set at $0 for all offenses except some serious felonies. However, even for the serious felonies, the judge is ordered to consider the ability of the defendant to afford whatever bail is set. No bail may be set beyond a defendant's ability to pay.

In other words, even those accused of very serious crimes - murder, assault with a deadly weapon, rape, kidnapping - would in effect be released from jail prior to their trials.

SB 262 would overturn the result of Proposition 25, in which voters decided at 56.41% to keep cash bail.

But can't a judge hold a defendant without bail if he is deemed a danger to the public?

The California Constitution does provide a judge with the discretion to deny bail for "Felony offenses involving acts of violence on another person, or felony sexual assault offenses on another person, when the facts are evident or the presumption great and the court finds based upon clear and convincing evidence that there is substantial likelihood the person's release would result in great bodily harm to others." It is unclear if SB 262 overrides this provision to deny bail. But even if it does not, the bar for denying bail is very high. There must be "clear and convincing evidence" that a defendant's release would result in nothing less than "great bodily harm." Great bodily harm means injuries requiring treatment at a hospital. Simply beating someone or slashing them with a knife does not rise to the level of "great bodily harm."

Given the way California judges - and the current Los Angeles District Attorney - consider criminal justice, one wonders if Preston B. Rochon, the man accused of running over a man in front of Parking Structure 8 after attempting to rape the man's female companion, would be sitting in jail right now under this new law. After all, he was only a danger to the public while he was on meth. Now that he's dried out in jail, he is no longer a danger, it might be argued. And since he's homeless, the only bail he could afford would be $0. Out he would go, almost certainly to re-offend and injure or kill yet another innocent bystander. 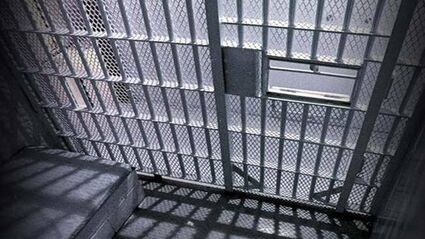 With SB 262, the state will no longer require jails at all

Oh, all right. Defendants who re-offend while out on $0 bail must then post bail. However, there's that clause that forces the judge to consider the defendant's ability to pay the bail. So, in effect, this law is Christmas/New Year's/Happy Birthday all rolled into one for the career criminal. They can offend, get released, and re-offend, get released again - ad infinitum.

California's state legislators appear to hate their own voters. They do not care if our property is damaged or stolen, if our homes are invaded or if we are murdered in our beds. They just don't care.

Oh, and if you think you will try to defend yourself by buying a gun, think again. They want to make that as difficult for you as possible. Because it is guns that are the problem. Guns, you see, are what is driving our current crime wave.

GEE - I though the movie Idiocracy was fiction! I had no idea it was a documentary Prediction!

THE PEOPLE VOTED NO!! YOU GOT THAT? NO!

Someone needs to start getting arrested, and I don't mean the criminals. I mean the legislators and LA DA George Gascon. They are ALL breaking the law and willfully creating a massive public safety risk. To try to overturn a certified election by legislative vote is absolutely unconscionable. There is NO respect for the rule of law in California, and the people running it are actively and knowingly creating an environment of lawlessness in the state. Can't someone file a lawsuit to block this legislation from taking effect after it inevitably passes? WHERE are the sane people in California and WHAT are they doing to stop this insanity?