Construction Worker Badly Injured After Large Pipe Fell on Him 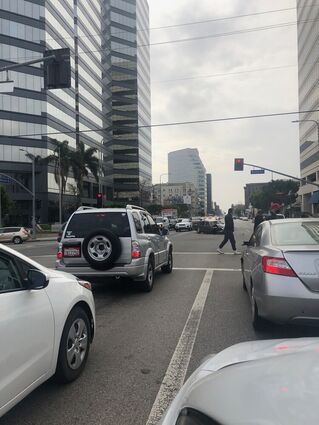 11500 Wilshire Blvd in West Los Angeles was the scene of a construction accident Wednesday, where a pipe fell on a worker.

7/6/21: A construction worker is on the mend after he was badly injured Tuesday afternoon at a site in the 11500 block of Wilshire Boulevard, authorities said.

The man, whose name and age were not immediately released, was trapped when a large pipe fell on him. The incident occurred at about 3 p.m., according to the Los Angeles Fire Department.

Emergency crews responded to the scene following reports of an adult male trapped underneath the pipe and they explored the safest way to free him, said LAFD.

"Firefighters extricated one male trapped patient and he is being transported in critical condition (age unknown)," said LAFD in a statement. He was freed him at 3:21 p.m.

LAFD said another person was also injured at the site and taken to a hospital with non-life-threatening injuries.