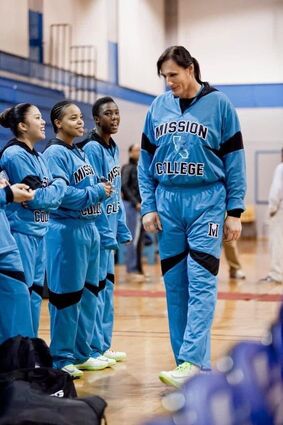 Hell has officially frozen over. Women line up to have sex with HIV positive men now living among our women's prison population as "trans-women." Women have stolen all of the condoms from the dispensers to play with as water balloons. A meth lab on the prison grounds would be no less destructive. Each of us is born with a destiny. It seems Senator Scott Weiner's destiny is to help spread HIV among the poor and the justice-impacted women in California. His intentions are to do as much damage as possible to California with one Senate Bill. There is an office waiting for Scott Weiner in hell.

Personally, living this out, I'm trying not to become depressed by the presence of these men. It's hard to believe nobody stepped up to stop this?

What kind of human being would intentionally cause harm by placing a number HIV-infected, anatomically male prisoners among the female prisoners? Penises. Dicks. 4 Men. 1800 Women. Hey, Scott Weiner, tell me how this makes sense to you! Your name should have been a clue to your path in life. You are living up to your name. You're PRO-WEINER. At any cost it seems? How can you defend this?

After my last article went out regarding the dispensation of condoms at a women's prison, I was immediately contacted by an activist organization. I am working with them and providing any and all info they need to help fight this. They have a lawyer on their team also! They found my article only by chance. So, God is good. I'm hoping they can help.

The public at large is unaware of this happening. THE PUBLIC DOES NOT KNOW THERE ARE NOW MEN, WITH PENISES, HIV POSITIVE AND HAVING SEX WITH WOMEN IN CA WOMEN'S PRISONS. Nobody is making this known. Nobody cares about us. We are in danger here. Make no mistake. Prison rape is nothing new. However, until now, there were never live males with full male anatomy sharing showers with us in a group shower room. We have male officers who have to announce their presence when they even walk down the hall! In case we're undressed! Yet, now men can share our showers.

Call yourself a "woman" all you want. But when you have man, with a penis, that works as it was designed to do, that's a problem in a women's prison group shower room. That's a problem. 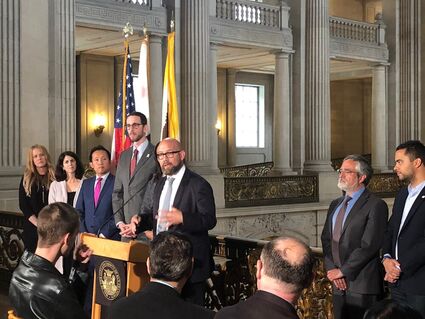 You may notice I say penis a lot. Yes, that's on purpose. People need to visualize and see how real and how dangerous and traumatic this is. To amplify the issue, they even brought over HIV-positive men. Like the devil himself wrote the senate bill. This is unconsionable. UnGodly. Immoral and it's plain disgusting. Scott Weiner quietly snuck this bill through during a pandemic when nobody was looking. It was a weak moment and he used it to pass this nefarious bill. A bill that will only hurt women.

Say what you will about prisoners and prisons. But this is so detrimental to women it's hard to fully capture with words. Now, mothers who manage to make it home from prison will now be infected with HIV. Imagine that. It's real. It's going to happen. No doubt about it. Kids wait long for their moms to finally come home from prison.. Now their moms will have to explain how they contracted HIV, through sex, with a man, while in prison no less. As if the poor and the minority populations of justice-impacted did not have enough to overcome. Now Scott Weiner wants to add this obstacle to help keep more women from ever achieving success.

This is an egregious attack on the human rights of incarcerated women. We need to do something to stop this.

This is outrageous. I found this story at PressCalifornia.com.