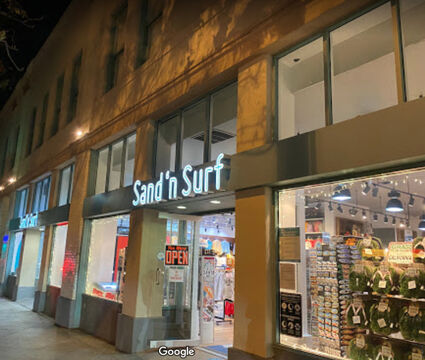 Google photo of the 1500 block of 2nd Street, an area of high-end retail stores

Los Angeles County District Attorney George Gascon condescended to add a sentencing enhancement to a defendant accused of assaulting and attempting to rob a Korean woman in the middle of the day in downtown Santa Monica. The defendant made the mistake of adding racial slurs as he tried to coerce money from the woman. According to Gascon, that makes the crime of pinning the woman by her car door, striking her, and grabbing her phone and her purse sufficient to actually press charges. Below are the press releases from the Santa Monica Police Department and from the District Attorney's office.

July 27, 2021 – The Los Angeles County District Attorney's Office filed charges against Melvin Taylor, a 65-year-old homeless male, originally from Compton, for his involvement in an attempted robbery and assault against an Asian woman.

On July 23rd, 2021 at about 2:15 PM, Santa Monica Police Department (SMPD) Officers responded to investigate an in-progress assault and battery in the 1500 block of 2nd Street. Officers arrived within minutes and immediately detained Taylor.

The victim explained to officers that she was with her father-in-law and was attempting to pay at a parking meter when she was confronted by Taylor. Taylor asked about her ethnicity and demanded money. When the victim refused to give him money, Taylor became verbally and visibly upset. When the victim attempted to get back into her car, Taylor kicked the car door causing the victim to be pinned between the door and frame of the vehicle. Taylor continued to strike her while yelling racial slurs. The victim was able to pepper spray Taylor, however it had little to no effect. Taylor took the victim's phone and threw it on the ground before unsuccessfully attempting to take her purse. Nearby witnesses intervened to assist the victim before officers arrived.

And the press release from the DA:

"A hate crime against one of us is truly a crime against all of us," District Attorney Gascón said. "I am committed to stopping hate in our community." 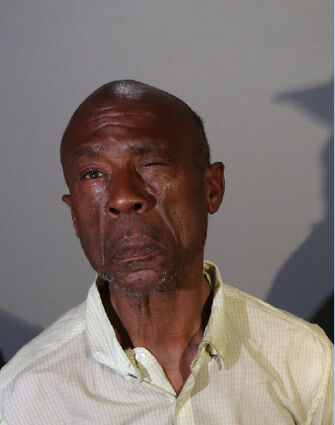 Melvin Taylor (dob 6/15/56) faces one felony count each of attempted second-degree robbery, assault with a deadly weapon, a car door, and assault by means of force likely to produce great bodily injury.

On July 23, Taylor allegedly attacked the victim while she parked at a meter on the 1500 block of 2nd Street. During the attack, the defendant is accused of yelling racial slurs and mentioning the virus while attempting to steal her purse.

The case remains under investigation by the Santa Monica Police Department.