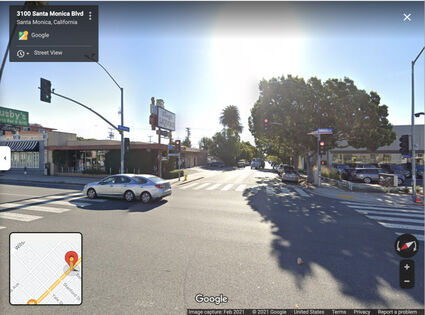 A Pedestrian was run down and killed in the 3100 Santa Monica Blvd Monday morning.

The pedestrian died at a hospital after transport by paramedics, Oshiro said.

Santa Monica Boulevard was shut down between Berkeley and Franklin streets for an investigation, he said. That included checking surveillance video in the area in search of a vehicle description.

The pedestrian's age and gender were not available at press time. Other news reports have identified him as a middle aged male.

Anyone with information should call the police department at 310-458-8427, police said.