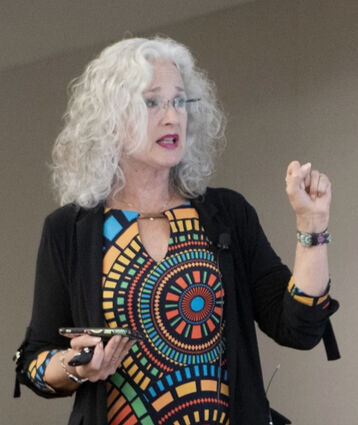 UPDATE: According to the Amcha Initiative, a Jewish campus watchdog group, the Senate Appropriations Committee will vote on whether to pass AB 101 to the full senate on August 26. Four of the seven senators on the committee must vote to approve the bill before it may proceed to a possible bote.

August 17, 2021 - The Senate Appropriations Committee yesterday placed AB 101 in the Suspense File, meaning it is considered to have fiscal impact and will be set aside for further consideration. This can be a method used to quietly kill a proposed law.

AB 101 would require a semester of Ethnic Studies for graduating high school. Unless the school devises their own, the method of teaching ethnic studies would be based on a Model Curriculum adopted by the State Board of Education in March. Although the adopted Ethnic Studies Model Curriculum (ESMC) went through extensive revisions, its basis remains the same as the original version, with a hard core of critical race theory, that is, a portrayal of history as a struggle between oppressor groups and persecuted groups. The self-stated purpose of the curriculum is "grappling with the various power structures and forms of oppression that continue to have social, emotional, cultural, economic, and political impacts." Students will "critique empire-building in history and its relationship to white supremacy, racism and other forms of power and oppression." Sample lessons focus on identifying various groups living in the United States and determining whether their constituents are oppressed or oppressor.

According to an article in the San Diego Tribune by Tammi Rossman-Benjamin of the Amcha Institute, the underlying premise that teaching ethnic studies "creates positive academic and social outcomes for students" is flawed and not based on competent evidence or research. A review of the research done by Cal State University Professor Emerita Christine Sleeter, research on which the justification for the curriculum is based, shows "none of these papers provides sufficient evidence for the claims that are attributed to it," according to 35 scholars who reviewed Sleeter's research. They further concluded that "significant methodological limitations that rendered their results wholly insufficient to support the ESMC's broad claims of academic achievement" were present in the work of two other scholars who also promoted the benefit of ethnic studies in schools.

The genesis of the CRT model curriculum and the push for its adoption by the state comes from the radical Union del Barrio (UdB), a political organization that works towards "political revolution," according to an article by Rossman-Benjamin in the Algemeiner. UdB rejects capitalism and America's political system and endorses the anti-Israel Boycott, Divestment, and Sanctions movement. A sponsored protégé of UdB, Jose Lara, a one-time high school teacher, was promoted to the State Board of Education's Instructional Quality Commission to help write the model curriculum, the initial version of which was so virulently anti-Jewish and otherwise inflammatory that it was vetoed by Governor Newsom and had to be revised. 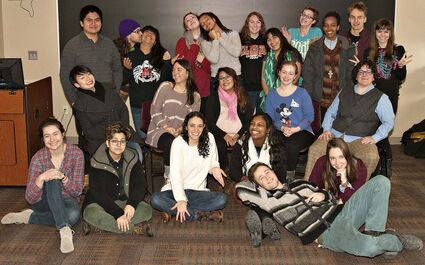 A typical photo of ethnic studies students, these at Kalamazoo College, shown learning to live together - though that is actually difficult for most people if they are taught they are terrible people (or destined for victimhood) because of the color of their skin or other ethnicity

However, this anti-Semitic, inflammatory model curriculum has since been sold by the UdB-associated "Save CA Ethnic Studies" activist group to individual school district boards throughout the state, who have adopted it and will be allowed by AB 101 to use it. To date, 20 school boards have adopted the original version of the ESMC, which was rejected even by Governor Newsom.

It is likely that many more school boards would accept assistance from radical activist groups offering biased and slanted ethnic studies' curriculums should AB 101 ever pass into law since the schools would be scrambling to institute this new semester-long requirement by the 2029-2030 school year. They would eagerly accept a ready-made curriculum guaranteed as satisfactory in this regard.

However, even school districts that use the revised ESMC would be teaching children to divide themselves in oppressed and oppressor groups and learning that the content of one's character matters far less than the color of one's skin.