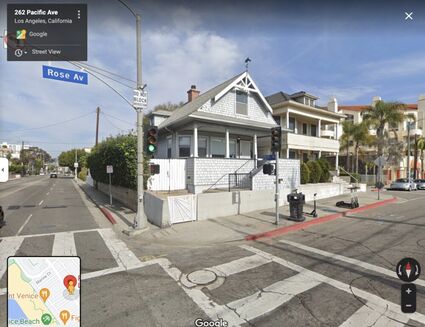 A woman cyclist reportedly riding in circles in the middle of a Venice intersection was struck and killed by a hit-and-run driver last Friday and Los Angeles police are asking for the public's help in finding the suspect.

The deadly accident occurred around 3:05 a.m. on August 20 at the intersection of Pacific Avenue and Rose Avenue, according to Los Angeles Police Department press release.

Los Angeles Fire Department paramedics transported the cyclist to an area hospital where she died. Her name was not released pending the notification of her family.

The hit-and-run vehicle was described as a black, large sized SUV, possibly a Chevrolet Suburban, police said. It is unknown if alcohol or drugs were a factor in this collision. The investigation is ongoing.

A reward of up to $50,000 is available anyone who provides information leading to the offender's identification, apprehension, and conviction or resolution through a civil compromise, LAPD said.