The show will be performed in a Covid safe environment on the outside grounds. 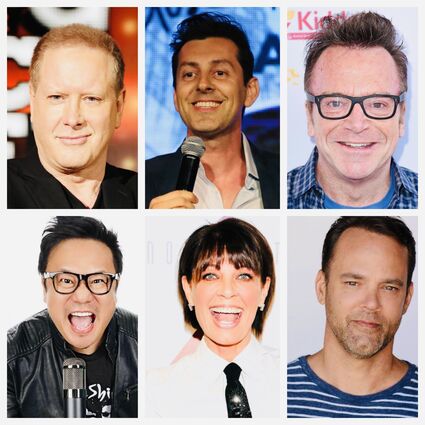 Some of the top comedians in Los Angeles are set to perform a show at Domiciliary Residential. Rehabilitation Treatment Program on Monday August 30th.

Comedian Jimmy Shin who is also one of LA's leading comedy show producers, is the force behind this special show, and it is his second time around returning to support the veterans through laughter. (Shin who is also known for his Amazon special 'Wok Of Fame',) became involved with the veterans facility after he received a fan letter from a war veteran living in the facility.

"He asked me if I ever had the time would I be willing to perform a comedy show there. His letter was so moving and had so much humility that within hours of receiving it, I had called a few comedian friends and we had a show. It was a wonderfully memorable night. To give something back to those who serve us, well, it's the least we can do. It's what we should do." Said Shin.

Comedy star and acclaimed actor Jay Mohr performed on the last show but is currently filming a TV show. Joining the show a second time around will be SNL legend Darrell Hammond, comedian Greg Baldwin and British comedian Christine Peake will return for her hosting duties.

International comedian Max Amini who had a small window of time from his current International tour signed on immediately.

"I am so proud to be a part of this, the timing was perfect, I am honored to help in any way." Said Amini.

Actor and comedian Tom Arnold was also quick to offer his services, "When Jimmy called me I didn't hesitate, it is a no brainer, to be able to offer something back to our heroes is a blessing for me, they give us everything."

SNL Legend Darrell Hammond has been performing non stop with comedy shows over the past months and is respected amongst all that have the opportunity to work with him. Hammond who always finds time to support a charity, was recently seen performing at a gala for the HOLLIBLU nurses. Hammond himself is no stranger to trauma, and gives back to charities where ever he can. His critically acclaimed documentary on Netflix called 'Cracked Up' documents the gifted comic's personal journey.

Comedian Greg Baldwin, also an LA favorite founded the 'Second Chances' Podcast. "I am honored to be a service to these heroic veterans, they are the standard we should hold ourselves up to. They have to us, we should give back to them, always." Said Baldwin.

British newcomer Christine Peake hosted the first show at the facility and is eager to return. "I am so happy to be a part of the team again, I chatted after the show with the veterans last time, their stories stay with me, they shared photos of their children with me. To see and hear the laughter from the veterans is a gift. Not to them, but to us. They are our past, present and future. They should always be honored and remembered. I am so proud of Jimmy for his dedication to the veterans."

The show will be performed in a Covid safe environment on the outside grounds.

"As we all walked away as the sun set on the Domiciliary Residential Rehabilitation Treatment Program grounds, a veteran, who must have been about 75-80 years old called after us. He said 'you made an old veteran happy tonight.' - Greg, Christine and myself just looked at each other quietly then as we all wiped a tear away and smiled in silence. Isn't that what it is all about? Happiness, laughter and love?"

Who can argue with that?