Cult restaurant on the Third Street Promenade during open hours

In an example of the consequences of Los Angeles District Attorney George Gascon's zero bail policy, a suspect was able to break into and rob the same restaurant on the Third Street Promenade three times in one week. Jason Tyrone Strickland, 42, allegedly homeless, was observed on surveillance footage breaking into the CULT restaurant on the Third Street Promenade on August 20, 22, and 26. He was issued citations and let go about his business on the first two occasions, which is current protocol. Officer Carlos Madrid of the Santa Monica Police Department said at a Meet-a-Cop booth on Montana Avenue this month that perpetrators can steal up to at least $20,000 in a burglary without getting sent to jail. "The county jail won't take them," he said. Instead, a ticket is issued similar to a moving traffic violation and the suspect is allowed to go about his business.

Below is the press release from SMPD regarding the CULT three-time burglary:

On August 26, 2021 at about 3:28 AM, Santa Monica Police Department (SMPD) Officers were dispatched to an in-progress burglary at CULT Restaurant (1460 3rd Street Promenade). Comments of the call indicated the sensor to the front window was activated. The reporting party was able to see a male inside the establishment, through a live security surveillance feed, and recognized him as the same subject from a prior burglary. 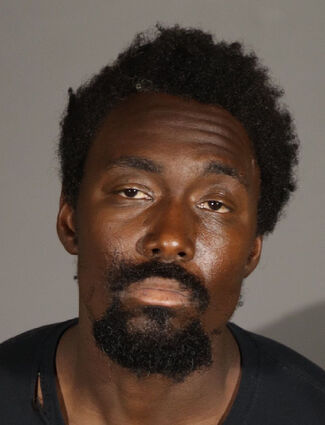 When officers arrived on scene, they contacted Strickland inside the restaurant and took him into custody. Officers located a metal bar used to pry open a window. The security surveillance footage showed Strickland attempting to access the cash register and safe.

Detectives were able to connect Strickland to two other recent incidents. On August 20, 2021 security surveillance footage shows Strickland breaking into the restaurant and stealing cash and 2 bottles of wine. On August 22, 2021 SMPD Officers were dispatched to the CULT restaurant to investigate a burglary alarm. Inside they located Strickland and arrested him. He was subsequently issued a citation due to California's emergency zero bail order.

Anyone with additional information pertaining to this incident or individual is encouraged to contact Detective Amersfoort with the Criminal Investigation Division at 310-458-8944.