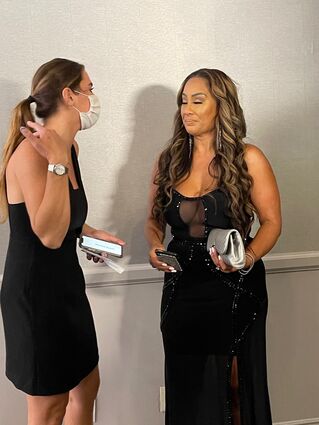 This fabulous celebrity filled fundraiser had a cocktail reception, silent auction, dinner, and live entertainment, including comedian Cedric the Entertainer.

This 21st Annual Celebrity Dinner honored five great men: Smokey Robinson, who is one of the world's greatest musical icons, and lyrical poet whose career has extended over 50 years. As a music producer, record executive, and visionary, Smokey Robinson created a musical revolution called the Motown sound.

Smokey Robinson has received many awards including the Grammy Living legend Award, BET Lifetime Achievement Award, and inducted into the Rock 'n' Roll Hall of Fame, and the Songwriters Hall of Fame

Isiah Lord Thomas, a professional basketball player, known for his induction into the NBA Hall of Fame, generous charitable contributions, his role in Chicago's Peace Tournaments and his advocacy to prevent youth violence through communications and athletic activities.

John Calipari, a revered coach has navigated 6 teams to the Final Four, led one to a national championship, and helped 49 players achieve selection in the NBA Draft during his 28 year college coaching career. John Calipari has raised millions of dollars to assist those impacted by natural disasters.

Gale Greene, a survivor of an aggressive breast cancer created a "Flourishing in Life Foundation, (www.flourishinginlife.com) which provides many activities and guidance for underserved young girls in North Carolina. This ministry educates these under-privileged girls in the importance o living healthy and Godly lives.

Dan Schwab, is a man whose life revolves around his love for family, community, and his company D&H, a 5 billion dollar technology company. Dan Schwab numerous charitable contributions include his company D&H sponsor a full year of wished through the Make-A –Wish Foundation

The Pump Foundation was founded by Dana and David Pump along with their mother Carole to honor and pay tribute to their late father Harold, who had lost his life to cancer.

The Harold & Carole Pump Foundation Mission Statement is the single minded loyalty to fight cancer via early detection, state of the art equipment, treatment and research. 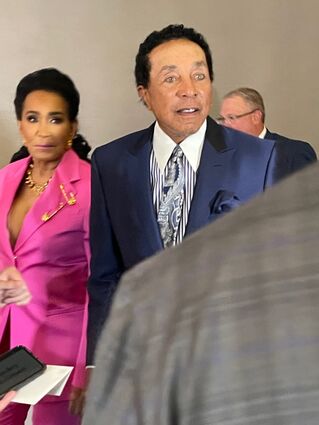 The Northridge Hospital though their assistance has become a role model in the San Fernando Valley area for cancer detection and treatment.

Smokey Robinsons speech was extremely moving and emotional as he revealed his wife Francis's ordeal and recovery from cancer, as well his own recent recovery from Covid-19.

Despite his personal calamities, Smokey continued his generous financial support to many charities and people in need.

I was fortunate to be able to chat with Smokey Robinson briefly and was impressed with his modesty and graciousness.