National leaders like Kamala Harris, Joe Biden and Nanacy Pelosi have trash talked him, which is why he has a shot. 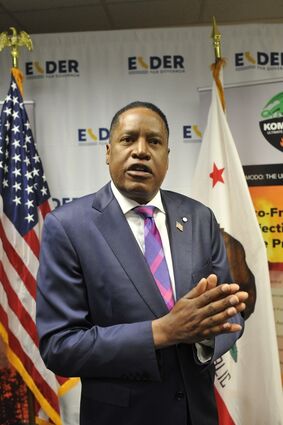 Larry Elder a former talk show host, easily leads the candidates for Governor on question two of the ballot.

The Los Angeles Times has been attacking him for weeks. He's being outspent ten to one. National leaders like Kamala Harris, Joe Biden and Nancy Pelosi have trash talked him. So it's clear Larry Elder has a shot at the Governor's mansion in this recall election versus Governor Gavin Newsom.

Elder is a registered Republican, but he is a philosophical Libertarian. As a Libertarian, Elder believes individuals should make the decisions that are best for them.

Like Libertarianism itself, Elder doesn't fit easily in the rubric of US Left and Right. For example, they are in favor of gay marriage, which is not exactly a conservative position. He believes the police should leave people alone if they are not violating the rights of others, and that regulation of small businesses should be less, both of which could be identified as Progressive positions.

There is a class bias in California when it comes to elections. People who work in tech, and whose lives were not impacted by the lockdowns, vote Democrat anyway. People who are blue collar typically vote Democrat as well, while middle class people own businesses and tend to vote republican. 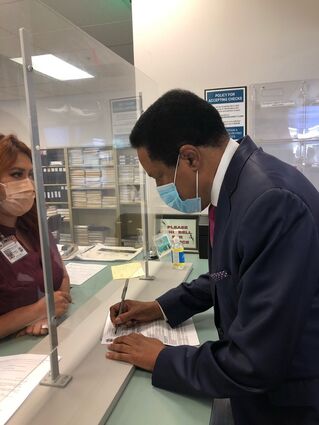 Larry Elder turning in his papers to run for California Governor at the Norwalk branch of the LA County Clerk's office in June 2021.

This pandemic and the lockdowns, has been crushing for the blue collar workers. Moms have had to stay at home and take care of the children.

Newsom and fellow elected Democrats let all of California's prisoners out of jail. Then they allowed the gangs to run the pushcarts, and allowed the homeless to shoot meth in every park. Then they closed all the businesses, and locked up all the good people of California, ordering them to stay at home. They ordered school teachers to teach racist diatribe no one wanted but a few progressives. They "defunded" the police. People have a long memory for this sort of thing.