"He groped her over her clothes before she jumped up and pushed him out of the apartment." 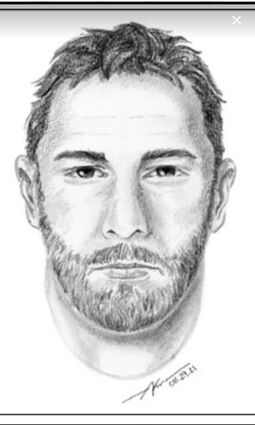 The LAPD released this drawing of a suspect on Wednesday.

Los Angeles police are looking for a sexual predator who broke into a Westwood apartment and groped a sleeping woman Friday morning.

The assault occurred around 4 a.m. in the 11000 block of Strathmore Drive, near UCLA, according to Los Angeles Police Department.

The victim reported that she was awakened by movement in her bedroom. "She saw a white male standing over her," LAPD said in a press release. "He groped her over her clothes before she jumped up and pushed him out of the apartment."

Detectives believe that there may be more victims in the area and they encourage them to call the LAPD Special Assault Section. Authorities are urging anyone with evidence or tips on the suspect's identity to come forward as soon as possible.

Police officials also remind residents to remain vigilant about locking their doors and closing their windows at night.

Anyone with information about this incident should call detectives at 213-473-0447. Anyone wishing to remain anonymous should call the LA Regional Crime Stoppers at 1-800-222-TIPS (800-222-8477) or go directly to http://www.lacrimestoppers.org.