Officers went to the hospital and found a suspect, identified as Jermaine Beard, suffering from a gunshot wound 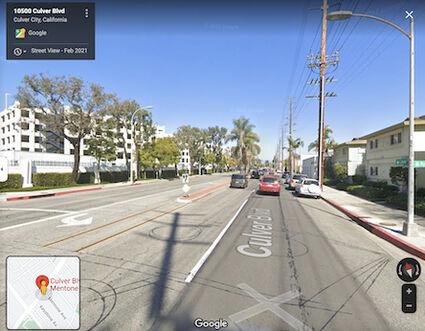 Culver City police have arrested two people on attempted murder charges and one man on accessory charges in connection with an ambush shooting last month.

One of the suspects was apparently shot by the victim and ended up in a local hospital, according to Culver City Police Department.

The shooting occurred around 2:40 a.m. on August 24 in the area of Mentone Ave. and Culver Blvd., said CCPD in a press release. Witnesses told police that they heard gunshots and saw a black man drop a handgun in the street.

"Moments later, a dark colored sedan arrived, picked up the subject, and fled the area in an unknown direction," said CCPD. Arriving on scene, the officers found a handgun and a "significant amount of blood in the area."

CCPD was then advised that there was a gunshot victim in the emergency room of a local area hospital. Officers went to the hospital and found a suspect, identified as Jermaine Beard, suffering from a gunshot wound.

At 11:30 a.m. that same day, Culver City police detectives identified two suspects in a nearby business who were believed to be involved in the shooting incident earlier that morning, CCPD said. They served a search warrant at the business and recovered an "additional firearm and other evidence at the location."

During their investigation, the detectives learned that "Beard had attempted an ambush style shooting of the victim," police said.  "Detectives determined that Beard was shot by the victim, who was also armed with a handgun, during the commission of the ambush shooting."

Beard was arrested and taken into custody after he was released from the hospital, police said. On August 26, the Los Angeles County District Attorney's Office filed attempted murder charges against Beard. He still remains in police custody.

Culver City police also identified Markel Parker and Destiny Sandoval as the two occupants of the dark sedan that was involved in the shooting.  "Both subjects are believed to be involved in the ambush style shooting," CCPD said.

On August 31, Parker and Sandoval were arrested outside their Los Angeles residence, police said.

Culver City police did not release any details about the victim.

Anyone with additional information related to this crime is asked to contact Culver City Police Department Assistant Chief Jason Sims at 310-253-6391 or the Watch Commander at 310-253-6202.