Tourists are back in large numbers, but will it last or will the homeless return to reclaim the beach? 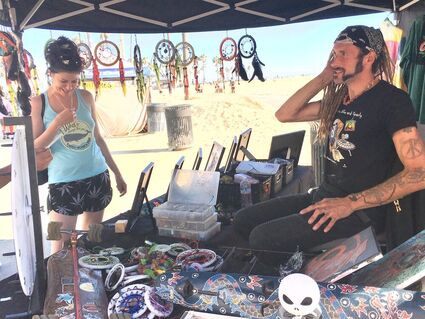 Authorities may claim success in removing homeless people from the Venice boardwalk, a task that seemed impossible at the beginning of the summer. In my Labor Day visit to the Boardwalk, I saw no homeless encampments in a four block stretch from Windward Circle North. The area was filled with homeless tents and makeshift huts just 8 weeks ago.

"It started about six weeks ago" said Keith Parker, whose family owns Big Daddy's Pizza near Horizon and the Boardwalk. "I credit Sheriff Villeneuva. He came here with his deputies, and the LAPD, who's hands were tied, stepped aside and let them move homeless people into transitional and other housing. I couldn't be happier about it, the tourists are back again in large numbers. This month has been good as far as sales." 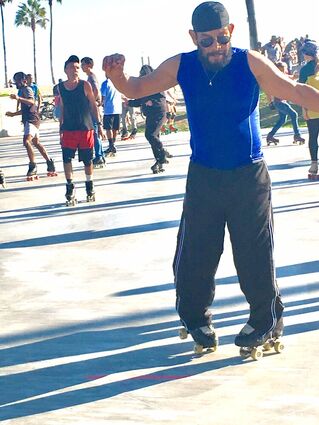 When the pandemic began in March of 2020, opportunists from around the United States flocked to Venice beach with tents bought online for less than $200. They took advantage of the fear and lack of travelers, to pitch tents on LA County beaches. This was never legal--overnight camping on California beaches is against State law. But in the age of George Gascon and Gavin Newsom, local Democrat politicians simply did not have the will to enforce the law.

In May 2021, Sheriff Villeneuva began to speak publicly, that there was a better way. Villanueva says he went to Venice on a “humanitarian” mission. “We’re here to figure out how we can help people get on their feet, get the help and move on,” he posted on June 15, 2021 on Facebook.

Crime also increased in Venice, though this may not be entirely the fault of the homeless. Robberies jumped 46% and aggravated assaults went up 43% in 2020 as compared with 2019, according to LAPD statistics. It is unclear whether these statistics have improved, but the police, both sheriffs and LAPD, are much more visible now.