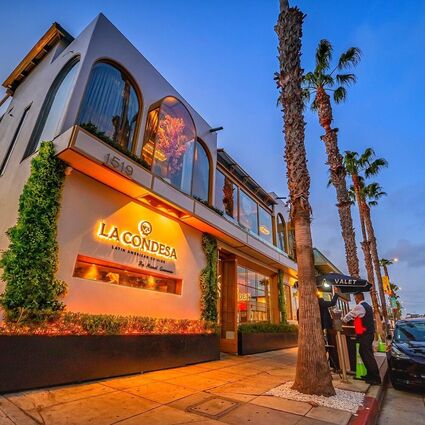 La Condesa restaurant, site of a carjacking at midnight

September 10, 2021 - Shortly after midnight this morning, a victim was held up at gunpoint outside La Condesa restaurant at 1519 Wilshire Boulevard, and then driven around the block in their own car while they were robbed. At least two suspects then fled in their own vehicle at high speed, crashing at 26th Street and Wilshire Boulevard. Santa Monica Police arrived on the scene, set up a perimeter, and with the help of dogs and a drone, caught one of the suspects. The Beverly Hills police and Santa Monica College police assisted in the search.

Steve Bryan Brown, 21, of Anaheim was apprehended without incident. A loaded Smith and Wesson handgun was in his possession.

Below is the press release from SMPD:

Santa Monica, CA – On September 10, 2021 at about 12:35 a.m., Santa Monica Police Department (SMPD) Officers responded to an armed robbery at La Condessa Restaurant (1519 Wilshire). Information provided to the officers was that a victim was carjacked by two suspects and driven around the block. One of the suspects was armed with a handgun. 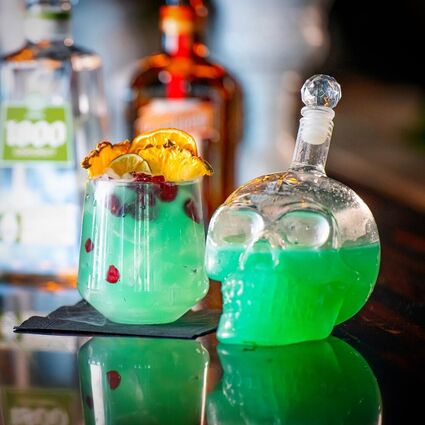 Example of a fancy cocktail available at La Condesa, a high-end restaurant with gourmet offerings.

When officers arrived on scene, they spotted the suspects fleeing in another vehicle at a high rate of speed. The suspect vehicle subsequently crashed at the intersection of 26th Street / Wilshire Blvd., and both suspects fled on foot. SMPD Officers quickly established a perimeter. SMPD coordinated a search with the assistance of officers from the Beverley Hills and Santa Monica College Police Departments, along with SMPD K9s and the Drone Team (UAS).

SMPD Officers did locate one suspect, Steve Bryan Brown, a 21-year-old male from Anaheim, along with a Smith and Wesson loaded 9mm handgun. Brown was taken into custody without incident and subsequently booked for 211 PC – Robbery, 215(a) PC Carjacking, and 207(a) PC Kidnapping. The following suspect remains outstanding:

Anyone with additional information pertaining to this incident or the outstanding suspect is strongly encouraged to contact the Criminal Investigations Division at 310-458-8451 or the Santa Monica Department's Watch Commander (24 hours) at 310-458-8427.