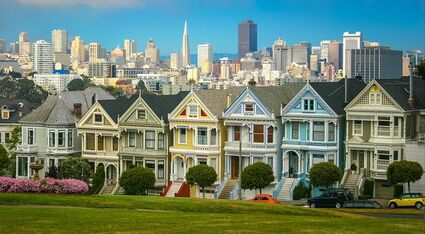 The California State Legislature has approved Assembly Bill 721 whose stated purpose is to "remove exclusionary and racist provisions in housing covenants." Actually, the bill cites "racism" to do what the Democratic controlled legislature has wanted to do for years: Greatly increase the density of R1 and R2 zoning, to replace single family homes occupied by older white people, with high density housing.

"AB 721 is a crucial step in remedying California's painful history of segregation and redlining," said Assembly-member Bloom who authored the bill. "Racist housing covenants have no place in our state and should not be used to deter critically needed affordable housing,"

Approved late last week, the new bill provides property owners with a process to remove exclusionary language in housing deeds to allow for more affordable and supportive housing that is consistent with local zoning.

The measure proposes that a property owner who commits to building 100% affordable units for lower income households may build as many units as the local zoning code and land use laws would allow, Bloom said. Studies show that urban people vote Democrat, in contrast to Republican suburbs. The Democrats have been trying to replace the suburbs with high density housing for years.

Until the mid-twentieth century, racially restrictive covenants were a tool used to bar communities of color from inhabiting certain neighborhoods, said Bloom in a press release. While court decisions and the California Legislature have nullified racial restrictions in housing deeds, density restrictions in the same deeds "remain enforceable and have the practical effect of redlining neighborhoods." So in other words, restricting density to single family homes equals racism, regardless of the actual race of people living in those single family homes. 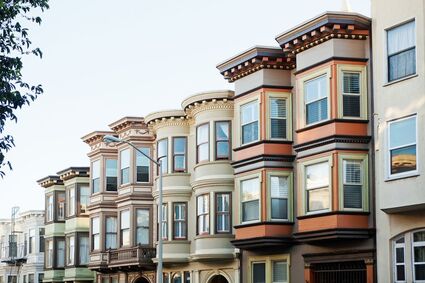 Bloom stressed that limits on the size and the number of units that can be built on a property act as clear barriers to the development of affordable and supportive housing.

"Currently, housing projects in areas suitable for multi-family units are unnecessarily blocked by discriminatory housing deeds," said Bloom. "AB 721 ensures that moving forward, those who no longer reside on a property cannot override local land use and stifle housing production. This bill is a much-needed measure in helping address our housing crisis."

The new bill was sent to Governor Gavin Newsom for his signature. He faces a recall election on September 14th.

Conservatives say that the Left always accuse those who oppose their agenda as "Racist." Democrats believe (probably correctly) that Americans who live in densely populated city's vote Democrat. So denser is better.