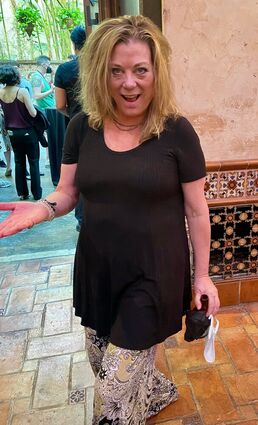 The 24th Annual Dances with Films Festival was held at the TLC Chinese Theaters in Hollywood, had an exciting opening night world premiere film 'The Art of Protest' on Thursday August 26, 2021. There was an opening night "Meet the Filmmakers" gala at the Roosevelt Hotel Ballroom.

Let's Get Physical, the 24th Annual Dances With Films was founded by Leslee Scallon and Michael Trent. Dances With Films was established to support those voices that need to be heard, memoirs to be shared and narratives be witnessed. This film maker community opens its arms to talented and inspired artists worldwide.

'The Art of Protest' directed by Colin M. Day, and was produced by INDECLINE, Dave Navarro, Michael Dolan, Rob McCallum and Justin Schoenrock.

'The Art of Protest' is a provocative documentary that reveals how artists can use art as a weapon of rebellion and change the world. 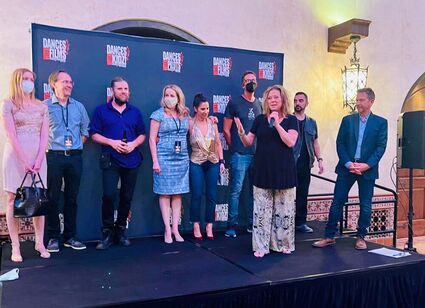 This film showcases how Protest Movements are a fundamental part of the United States, from the Civil Rights Movement through Black lives Matter protests.

Artist courage can been seen in the naked Trump sculptures seen across the country, painted bill boards at the entrance of the Holland Tunnel, children playing with life like heads of dictatorial world leader soccer balls, and a Trump Hotel suite turned into a jail cell for 45 minutes.

'The Art of Protest' gives an inspirational and challenging message how anyone, not just artists can get a few cans of spray paint , tall ladder and protest what is wrong with our society, world leaders, politicians, racial discrimination, economic exclusions, legal injustice, animal cruelty, environmental waste and anything else that needs to be changed in our world. For more information: http://www.danceswithfilms.com