The man preying on homeless women was a registered sexual offender 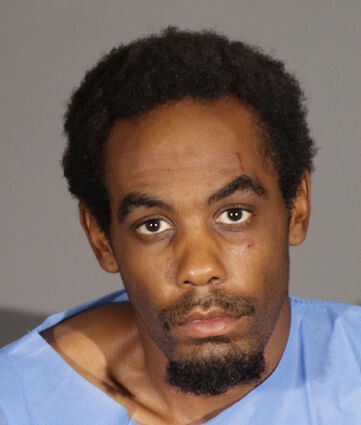 9/21/21 - A registered sex offender who was preying on homeless women on the Santa Monica beach was charged yesterday with one count of Assault to commit rape and 1 count of Sexual Battery for two incidents reported to Santa Monica Police this month. Jarvis Mathias Newman, 26, is also known as Marquis Perkings. His residence was not given in the official press release.

The first incident allegedly involving Newman occurred on September 12. A female victim had been sleeping in the 1700-1800 block of the beach when a male woke her and began touching her genital area over her clothes. The male ran away when the victim screamed. She notified police and gave a description of a man with a distinctive gap between his front teeth.

The second incident happened on September 15. Around 4:30 am, a female sleeping in a tent in the 1200 block of the beach was awoken by a male who wanted to talk to her. After turning the previously banal conversation in a sexual direction, then grabbed her around the neck and tried to take off her clothes. Again, the man fled when the victim screamed.

Living in a tent on the beach looks economical and fun, but it is not very safe

The second victim provided the police with a description that was accurate enough for Santa Monica Police to identify a man near 4th and Colorado in downtown Santa Monica as the alleged perpetrator of the attempted rape. Both female victims positively identified Newman as their attacker.

Anyone with additional information or incidents related to this individual is encouraged to contact Detective Jacob Holloway with Criminal Investigations Division (CID) at (310) 458-8934 or the Watch Commander's office at (310) 458-2249.