His co-defendant donated to Clinton's campaign and Trump's inaugural fund 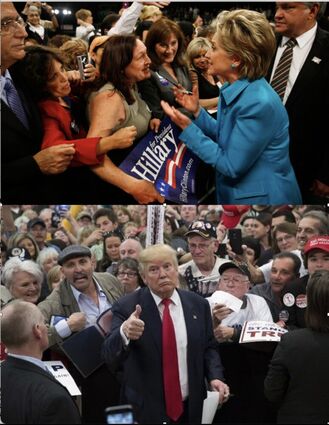 Defendant made campaign contributions to both Hillary Clinton and Donald Trump.

A Santa Monica business executive pleaded guilty on Thursday to a federal charge of conspiring to make and conceal conduit and excessive campaign contributions during the U.S. presidential election in 2016 and thereafter, court officials said.

Stevan Hill, 70, of Santa Monica, conspired with his business associate, Ahmad "Andy" Khawaja, and others, between March 2016 and June 2018, to make unlawful contributions to several political committees, thereby circumventing contribution limits and causing the political committees to unwittingly submit false reports to the Federal Election Commission, according to the unsealed federal indictment and other court documents.

As part of his plea deal, Hill admitted that, in August 2016, Khawaja gave him $100,000 to contribute in Hill's name to a political committee supporting a candidate running for U.S. president in the 2016 election cycle, according to court officials. The purpose of making the contribution in Hill's name was to allow Khawaja to exceed contribution limits set by federal law, the Department of Justice (DOJ) said in a statement on Thursday.

In addition, Hill admitted that Khawaja gave him approximately $50,000 to contribute in his name to another political committee in June 2017 and again in January 2018, court officials said. The latter contribution was made in connection with a political event hosted by Khawaja. 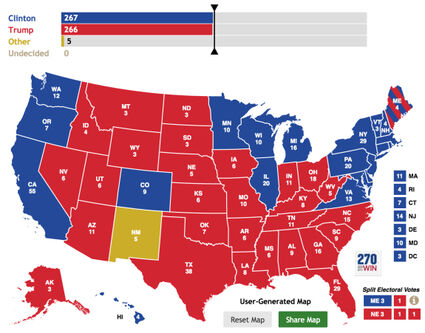 Clinton vs Trump electoral map from 2016

He is scheduled to be sentenced at a later date and faces a statutory maximum of five years in prison, court officials said. A federal district court judge will determine any sentence after considering federal guidelines and other statutory factors.

Charges remain pending against the co-defendant Khawaja, who is a fugitive, and others in the indictment. According to multiple media reports, Khawaja, a dual American and Lebanese citizen, is the owner of an online payments company Allied Wallet Inc., and has contributed at least $6 million to Democratic and Republican candidates and groups.

(Hill was managing director at Allied Wallet in 2017, according to the federal indictment.)

Khawaja has donated to the main political action committee supporting Hillary Clinton's campaign in 2016. He also donated $1 million to Donald Trump's inaugural fund, according court documents made public in December 2019.