Cedars-Sinai Medical Group announced this week that it has selected the contractor to build its new Marina del Rey Hospital and construction of the "technologically-advanced community hospital" will begin in October.

"After years of community outreach efforts-gaining support from key community leaders, organizations and the city of Los Angeles-we're excited to begin building a new hospital that will allow those who live and work in the Marina del Rey area to receive the highest-quality healthcare without having to leave their neighborhoods," said Joanne Laguna-Kennedy, MSN, RN, vice president and chief operating officer of Cedars-Sinai Marina del Rey Hospital.

The new nine-story building will expand the hospital's surgery and emergency services, which have been critical to the community during the ongoing Covid-19 pandemic, said Cedars-Sinai officials.

The current Marina del Rey Hospital, located at 4650 Lincoln Blvd., was acquired by Cedars-Sinai Medical Group in 2015. It was originally known as Marina Mercy Hospital when it opened in 1969. Over the years, it was also known as Daniel Freeman Marina Hospital and Centinela-Freeman Regional Medical Center.

Cedars-Sinai officials said their new contractor, Rudolph and Sletten Inc., will build the new facility along Lincoln Boulevard, allowing the existing hospital to remain fully operational during construction. Once the new building is completed, the old building will be demolished. 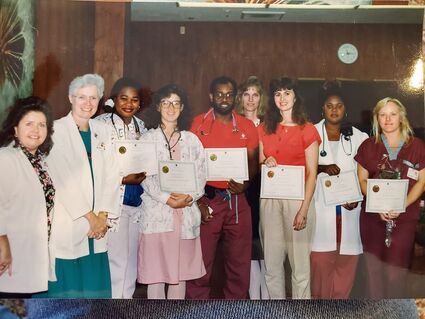 The replacement hospital – slated to be completed in 2026 – will feature many new or enhanced services and programs, including state-of-the-art operating rooms, cardiac catheterization and gastroenterology labs, and interventional procedure suites to handle complex cases, such as treatments for strokes and other image-guided interventions. The new Emergency Department will feature expanded diagnostic and treatment facilities.

The new hospital will feature sustainable design, including outdoor space for patients, visitors and staff. The building will provide an ideal level of daylight while minimizing solar heat gain and glare, reducing greenhouse gas emissions and energy use. The landscaping will include native plants to help minimize water needed for irrigation.