The Secrets to Healthy Aging are Not So Secret. Exercise, sleep, but most of all social ties are essential 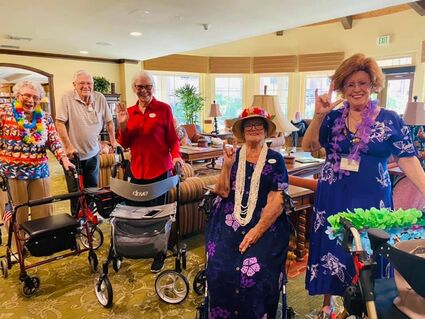 Facebook photo of a Hawaiian party at a senior living facility

It's not easy growing old. However, if you want to live to a ripe old age you have to work at it; you have to make a promise to yourself to take care of your mental health as well as your physical health.

"The ability to grow as old as you can begins when you are young and healthy and continues long after you officially become a senior citizen. As we aged some of us traded in healthy lifestyles for easier, unhealthier routines. But it's never too late to make a commitment to turn things around, even if you already are a senior citizen," says Rebecca Weber, CEO of the Association of Mature American Citizens [AMAC].

You already know that exercise is an important part of aging well; surely yours doctors, your friends and family have told you. But there is nothing to be afraid of. Surely, you can take a daily walk, no matter how far or fast you walk. Some exercise is better than no exercise. The idea is to keep moving, according to Weber.

The Centers for Disease Control [CDC] says: "As an older adult, regular physical activity is one of the most important things you can do for your health. It can prevent many of the health problems that seem to come with age. It also helps your muscles grow stronger so you can keep doing your day-to-day activities without becoming dependent on others."

It's important also to get plenty of sleep. The recommendation of most health experts is that seniors need at least seven hours of undisturbed sleep each and every night. There is convincing medical evidence that exercise and a good night's sleep are both important elements of brain health.

"Experts used to think brain development peaked in late adolescence and it was all downhill from there. They believed if a person lost brain cells due to problems like a head injury, stroke, or substance abuse, nothing could be done to restore memory and brain function. Now, thanks to discoveries in neuroscience, we know that the brain can grow new cells and form new neural connections. Like our muscles and other body parts, the brain can rebuild itself through repeated use and exercise," say the health experts at Kaiser Permanente.

In fact, according to Kaiser Permanente, sleep is key to preventing memory loss as are activities that focus on mental and physical health.

You should also focus on your "social health," suggests AMAC's Weber. We've had a year and a half of social isolation and there is more to come before we see an end to the COVID pandemic. But it is important that you pay attention to your human need for social interaction. 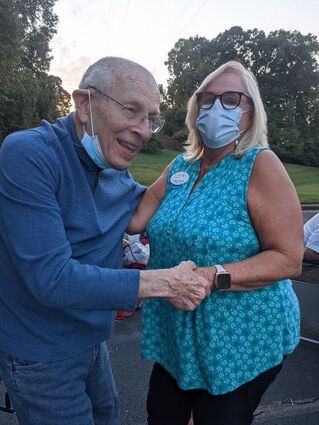 We've had a year and a half of social isolation and there is more to come before we see an end to the COVID pandemic. But it is important that you pay attention to your human need for social interaction, says AMAC's Rebecca Weber

COVID notwithstanding, Harvard Medical School says: "Research increasingly shows that strong social ties are crucial to your brain health. Socializing can stimulate attention and memory and help to strengthen neural networks. You may just be laughing and talking, but your brain is hard at work. This increase in mental activity pays off over time ... Scientists have found that people with strong social ties are less likely to experience cognitive decline than people who spend most of their time alone. In fact, one large study, which included some 12,000 participants, suggests that when people are lonely, their risk of dementia rises by as much as 40%."

What you eat is also important for your physical and mental health. For example, they don't call fish brain food for nothing. Fish such as such as salmon, trout, albacore tuna, herring, and sardines are rich in omega-3 fatty acids. "Your brain uses omega-3s to build brain and nerve cells, and these fats are essential for learning and memory," according to the Internet site, Healthline.