Some believed that a lady who owned a black cat will have many suitors. 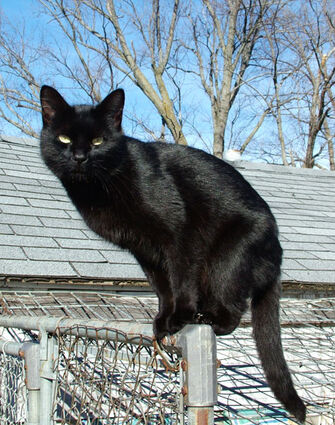 Lillith the black cat on a fence

As we move into October, many of us think of Orange and Black cats as unknowing symbols of the season.

We've all heard that black cats portend bad luck. But did you know that in Britain and Scotland, traditionally black cats were thought to bring good luck? More on that below.

All-black fur pigmentation is slightly more prevalent in male cats than female cats. Most black cats have golden irises due to their high melanin pigment content.

The superstitions surrounding black cats varies from culture to culture, but black cats have positive associations in the Celtic nations and Japanese folklore, says Wikipedia. 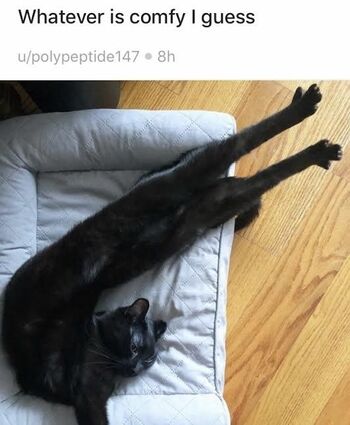 Black cat stretching herself on a bed.

Black cats were sacred in Celtic mythology. Scottish lore holds that a black cat's arrival at a new home signifies prosperity, while the Welsh believed that a black cat brings good health.

The mix of positive and negative tales in Great Britain may have given rise to the later belief that black cats were omens of both good and bad luck.

One tradition had it that if a black cat walks towards someone, it would to bring good fortune, but if it walks away, it takes the good luck with it.

This tradition was reversed at sea where 18th century pirates came to believe that a black cat would bring bad luck if it walks towards someone, and good luck if it walks away from someone. It was also believed that if a black cat walks onto a ship and then walks off it, the ship is doomed to sink on its next trip.

Some believed that a lady who owned a black cat will have many suitors.