Sylvia and her husband co-owned the former, Jim King's Professional Pharmacy on the corner of 15th St. and Arizona Ave 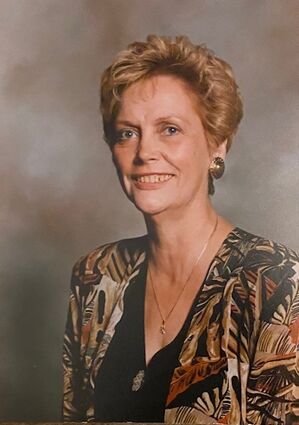 Sylvia Rae Marble, age 84, native of Santa Monica died in her home in Santa Monica on September 19, 2021. She was a 1954 graduate of santa monica high school and a Member of the Sargeanettes. She attended University of Southern California where she joined Alpha Omicron Pi Sorority.

She was married to James King in 1956 until his death in 1993. They had three daughters, Keely King, Terri King and Laurie King. Sylvia was preceded in death by her husband, James and daughter, Terri.

She was employed by many local doctors as a Medical Office Manager until her retirement.

Her daughters were pleased that she found love again and married Harry Marble in 1996 where they enjoyed many years of traveling the world. This December would have been their 25th Wedding Anniversary.

A Memorial Service will take place at Woodlawn Cemetery Mausoleum Chapel in Santa Monica on Saturday, October 23rd at 2:00pm. Burial services will be private in the family gravesite where she will join many Santa Monica relatives.

A remembrance can be made in the form of a charitable contribution to the American Cancer Society.