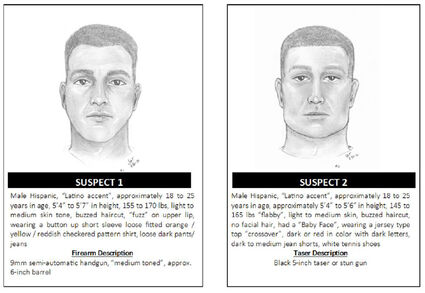 October 7, 2021 - Police have released composite sketches of the two suspects in a shooting involving an attempted carjacking in the early morning of September 22.

At approximately 3:00 am on that Wednesday morning, Santa Monica police received multiple calls regarding the sound of shots fired. Shortly thereafter, the victim himself called police, reporting he'd been shot in the face. 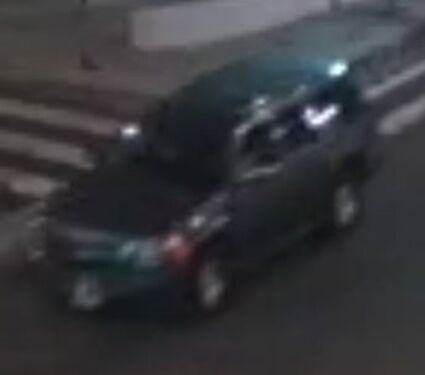 The victim had been sleeping in his car in the area of Ocean and Pacific. Two suspects approached his car and demanded he give them the keys to the vehicle. A verbal altercation ensued, during which Suspect #2 used a taser on the victim and Suspect #1 shot him in the face with a 9 mm handgun.

Both suspects fled in what is described as an older SUV, possibly a Sequoia, 4Runner, or southbound Nielson Way through Ocean Park Boulevard.

The victim was located by police and transported to a local hospital.

The composite sketches are of two men, both identified as Hispanic and in the range of 18 to 25 years of age.

SMPD is asking for the public's assistance in identifying and locating both suspects and the the vehicle believed to be involved. Anyone with this information is strongly encouraged to contact Detective Nicole Murphy at (310) 458-8941 or [email protected] , Sergeant Art Williams at (310) 458-8475 or the Watch Commander (24 hours) at (310) 458-8426.