Who Enforces City Codes when the City Owns the Building? No One 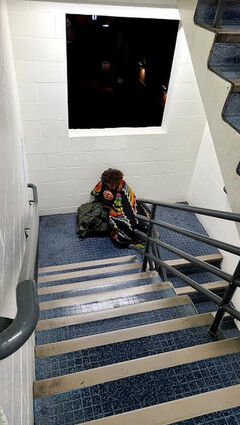 October 8, 2021 The city-owned garages in downtown Santa Monica are missing basic fire-safety equipment, lack lights, and use elevators with expired permits. During a homeless-started fire that occurred in the elevator of Parking Structure 5 early Sunday morning, it was discovered that all of the fire hose and fire extinguisher boxes on every ramp of the garage were empty.

Fire trucks are unable to enter the garage because of their height, so the hoses and extinguishers are essential to stop fires. This is particularly important given the use of the garages as homes, kitchens, and bathrooms by the homeless. Abandoned cooking grease collectors in the garages are used by some vagrants to cook food and meth. Others smoke crack. A lit match in the hand of a drug-addled vagrant and missing fire equipment is not a good combination.

In addition, the elevators have not been inspected since 2019. Some are inoperable and have become homes for vagrants, who use them in dangerous ways. Hence, the Sunday morning fire. 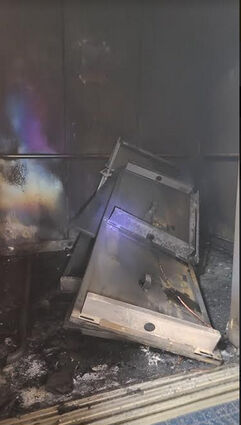 The Structure 5 elevator was trashed by a fire started by a homeless vagrant; a residential building is next door.

It is bad enough the garages are left open 24/7, allowing vagrants to use them exactly as they please, with drug use, destruction of public property, and prostitution, but for the city itself to ignore its own and state and federal codes for safety is inexcusable. If a private entity did not provide sufficient fire safety equipment or lighting, they would be heavily fined and could even face criminal charges.

Every member of the City Council, the Chief of Police, and the Parking Manager are aware of the conditions in the garages, including the missing safety equipment and broken elevators, the frequent homeless fires, and criminal activity. Yet, other than one patrol car with two officers now authorized to patrol the area, nothing has been done.

The city does not uphold the standards it imposes on its own residents.