The largest sporting event in the world is happening in Dubai right now! 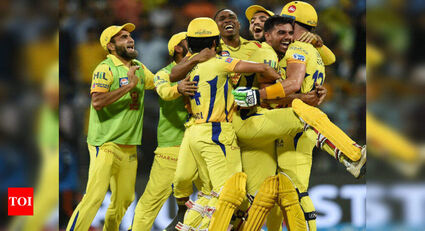 Chennai Super Kings at the IPL 2021

10.12.21: Thirty-five Degrees Celsius. 95 Farenheit. Scorching heat in the desert. Stadium full of obsessed fans in yellow and blue shirts. But the real heat is on the pitch as the most awaited sporting event in the world resumed at the Dubai International Cricket stadium, United Arab Emirates on September 19th. Two arch-rivals, the Mumbai Indians and the Chennai Super Kings battled it out for a spot in the playoffs. They were playing in the Indian Premiere League (IPL), a Cricket tournament, that had resumed after it was rescheduled on the 15th of April earlier this year. The global pandemic had left the multi stadium, multi-city tournament that was played in India earlier this year impossible to complete. It had to be paused for several months before it resumed finally again in Dubai from September 19 to October 14th much to the delight of all the fans.

The IPL is the most lucrative sporting league in the world today. Contrary to popular belief, it is a domestic Indian Cricket tournament and not an international one. International players however do play in it and are a part of the various franchises, each one representing a different Indian city. Launched in 2008 by Indian business tycoon Lalit Modi, there are eight franchises and the players are bought via a live auction by Indian tycoons and conglomerates with the going rate for some player in the millions. In very relative terms, the IPL players get paid more than any other sports, because they get paid a massive amount for only a few weeks of playing as compared to almost being contracted to play all year in case of other sports such as Soccer. The rise of the IPL has clearly accentuated this by offering far richer rewards for far less physical and mental exertion.

Although over a hundred nations officially play Cricket, eighty percent of the entire revenue for Cricket actually comes from just one country, India. No other country has such a dominance in a single sport like India in Cricket, perhaps the USA in Basketball maybe another. With a yearly revenue of almost 3 billion USD, this makes the governing body for Cricket in India, the Border of Control for Cricket India (BCCI) one of the wealthiest and most lucrative sporting bodies in the world. Former Indian Captain Sunil Gavaskar recently said, "The IPL is clearly the biggest factor why India is the Cricket Power house it is today". There is no doubt the IPL has been the turning point in Cricket and changed the game forever. With a galaxy of fans and more stars than all the other Cricketing nations put together, it's understandable why India is the Holy Grail of Cricket.

Cricket is officially the second biggest sport in the world, in economic terms as well as by popularity. 200 countries play it with 100 officially registered at the International Cricket Council (ICC). Three Billion watch it religiously globally, with Two Billion in the Indian subcontinent alone. Beloved in the Indian subcontinent - India, Pakistan, Sri Lanka, Afghanistan and Bangladesh, this sport is seen as their national pastime. But it is particularly enormous in India where it has been exalted to the status of a religion. A Cricket final where India is playing could get more than a Billion loyal, obsessed fans glued to the screen for 8 hours or more. The recent ICC World cup was watched by 2.2 billion viewers breaking all records for sporting tournaments. Such is the power of this amazing sport. It also has a huge following in Australia, New Zealand, South Africa, the Caribbean and of course England. TV rights, merchandise and revenue from tournaments and advertising are in the billions and much of which are accounted for by Indian businesses and Indian fans.

Cricket is more than just a game in India. It is a metaphor for diversity, equality, opportunity, dignity and humanity. India's dominance in Cricket stands in parallel with India's dominance economically and geo-strategically in the world. It not only serves as a nation-unifying experiment but has lifted thousands of players, their families and employees out of poverty. It is also reflective of an aspirational New India, 'Naya Bharat' where a young Indian can dream of achieving greatness and do something big for his nation and the world.

When the game had to be postponed in April, the BCCI took the bold decision of completing it in a different country and making sure the tournament would be held against all logistical challenges and health protocols. With far too much at stake both financially as well as, canceling the IPL would have seen an irreplaceable loss to the BCCI upwards of hundreds of millions of US dollars. A financial hit would hurt Cricket internationally. The year's second phase of the IPL has been incredibly popular with great viewership. The BCCI should be commended for their efforts to ensure the successful completion of this tournament and that even a global pandemic could not cancel the greatest Cricket league in the world. 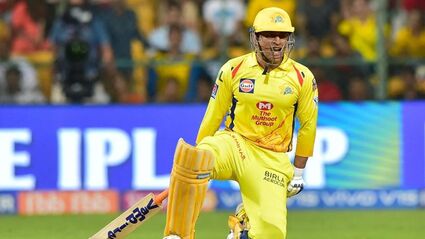 Mahendra Singh Dhoni at the IPL

The game today was won by the Chennai Super Kings (CSK), the most popular sports franchise in terms of social media followers and brand value. Estimated 8 million on twitter alone watched with gleam as their captain, Mahendra Singh Dhoni or "Thala" as he is affectionately called steered his team through to a victory. Known as possibly the best tactician of the game, Dhoni's many millions of fans internationally wait eagerly for one more Championship trophy before he decides to hang up his boots.

We hope the IPL is successful with no more bio-bubble breaches and that there is a clear winner free from any further controversies. The final will take place on the 14th of October. Will it be CSK for the 4th time or a new winner this time? Time will only tell. Until then, sit back and enjoy the theatre.