Experts say the note is almost certainly a fake. Prime suspect in the Gabby Petito's murder did leave a diary. 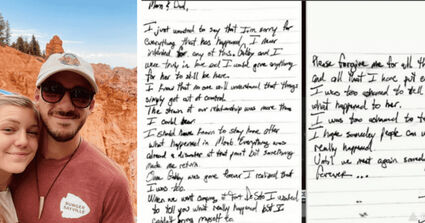 Images of a purported suicide note from Brian Laundrie have been making the rounds on Tik Tok. In a video, the apparent suicide note is in handwriting and says in part:

"I just wanted to say that I'm sorry for everything that has happened. I never intended for any of this. Gabby and I were truly in love and I would give anything for her to still be here. I know that no one will understand that things simply got out of control. . . The strain of our relationship was more than I could bear. I should have known to stay home after what happened in Moab. Everything was already a disaster at that point but something made me return."

While Brian Laundrie's notebook was found in the swamp where his partial remains were recovered; the notebook had been under water. Therefore, most forensic experts say the purported suicide note is almost certainly a fake, a fraud and a forgery. But it is interesting to wonder when Brian Laundrie would have written; how he would have explained to friends and family how he had screwed up and how things had come to this. And whether he would have admitted to murdering Gabby Petito. 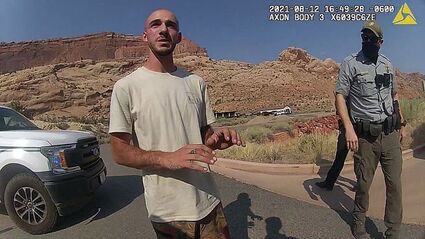 Using dental records, authorities have confirmed the human remains found at the Myakkahatchee Creek Environmental Park in Florida, are those of Laundrie.

In an interview with the Sarasota Herald-Tribune, North Port Police Department spokesman Josh Taylor said on 10/21/21 that the remains found at the wilderness park were bones and not flesh. He added that it was likely Laundrie, which the FBI later confirmed. An attorney representing Laundrie also said the family was notified by officials that Laundrie's remains had been recovered.

“From my amateur viewpoint, it seemed like bones,” Taylor said before the ID was confirmed. “I haven’t heard anything about flesh. Obviously, it just being bones is kind of descriptive. (Is it Brian?) I think it’s pretty likely. I really do.”