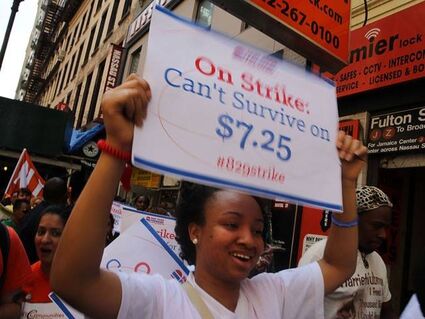 November 4, 2021 The West Hollywood City Council voted on Wednesday to pass an ordinance to raise the minimum wage in their municipality to $17.64 per hour. The wage increase would go first to hotel workers, who would start earning the extra money on January 1, 2022. Everyone else would get their increase beginning July 1, 2022. The odd-sounding wage rate matches the minimum wage for hotel workers in the City of Los Angeles for hotels with 150 or more rooms - a rate that Santa Monica also ordains for their hotel workers.

Currently, the highest minimum wage law in the state is in Emeryville, with $17.13 per hour. This odd-sounding wage rate matches the 2020 wage rate for hotel workers in Los Angeles.

West Hollywood's new minimum wage is the highest in the nation and far higher than the minimum wages set by other surrounding cities. Many area cities have settled on a minimum wage of $15 per hour. This includes Santa Monica, Pasadena, the City of Los Angeles, and the unincorporated areas of Los Angeles County. Other cities in the immediate area have chosen to keep their minimum wages in line with the state. Both Beverly Hills and Culver City have not set minimum wages over those of the state, which is $13 an hour for employers of less than 25 people and $14 an hour for employers of 26 and more people.

The national minimum wage is $7.25 per hour.

Minimum wage ordinances interfere in the free-market negotiation between employers and employees regarding the value added by the employee's labor to the product sold by the employer. When wages go up, employers must raise the price of the goods they sell. When employers fear consumers won't pay those prices, they figure out how to automate or otherwise cut back on the number of employees, so they can control costs and maintain the price of the goods. When that isn't possible, they go out of business.

In other words, higher wages for some employees equals job loss for others. 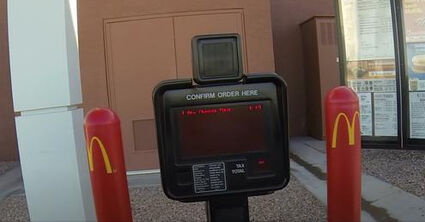 McDonald's is shifting as many tasks as possible to automation to combat rising minimum wages; the result is fewer employed teens

The idea behind minimum wage is that an employer should pay an employee enough to live on - no matter what work the employee is performing or how much that adds of value to the product. This flies in the face of logic and basic economics. Not every job performed adds enough value such that a person should be able to live on it. Bussing a table does not add enough value to the business to justify paying enough for that worker to be able to pay rent in West Los Angeles. But there are many workers who can do such jobs and don't need a living wage: teens living at home or people with higher-earning spouses or others who combine resources for living expenses. The idea that every job deserves a living wage creates enormous unemployment among teens and those entering the work force for the first time.

It is useless to tell this to the progressive leaders of West Lost Angeles county cities. Far more important to them than the unemployment and business loss they create is the good feeling they have in what they believe helps others. They are (perhaps intentionally) blind to the many they harm.