By Gary Locke
Fmr Gov. of Washington and US Ambassador to China

We're in a war against the coronavirus. We shouldn't weaken intellectual property protections, but we should ship more vaccines to the Third World 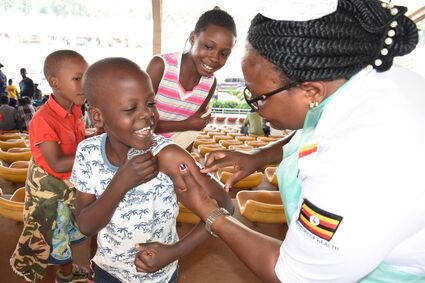 As of November 2021, a majority of developing countries have vaccinated less than a quarter of their populations.

The Biden administration needs to immediately convene an accelerated global vaccination campaign to stop the delta variant in its tracks.

At this time last year, many people thought it would be years until the world had effective shots. But not only have companies invented multiple inoculations, they've pulled out all the stops to maximize production.

For instance, the biggest vaccine developers have licensed their formulas and technology for free to generic manufacturers in India and South Africa. Pfizer-BioNTech teamed up with Novartis and Sanofi to expand production, and Johnson & Johnson did the same with Sanofi and Merck.

Every scientist and company that knows how to make the vaccines is already working to scale production. And every facility on earth that can safely and reliably produce shots is doing so.

President Biden pledged to donate 580 million doses to other countries. Indeed a few weeks ago, more than 188,000 of those doses were shipped to Rwanda. That's a welcome step, but we can and must do more.

By the end of 2021, even counting "booster" shots, America will likely have hundreds of millions of surplus doses, while many countries still lack enough shots to vaccinate their populations. We should immediately start sending surplus vaccines to India and other developing countries.

To solve such local distribution problems, the United States and other wealthy countries could donate ultra-cold-storage freezers to developing countries that otherwise can't store mRNA vaccines. We could deploy FEMA teams and even the military to airlift supplies into remote locations.

We're in a war against the coronavirus -- we should spare no expense fighting it.

Unfortunately, too much energy is being spent on an initiative that won't provide immediate relief. The Biden administration announced support for a petition before the World Trade Organization that would suspend intellectual property protections on Covid-19 vaccines.

A suspension is not necessary, given that WTO rules already allow governments to issue compulsory licenses -- which require drug makers to license products to local manufacturers -- when doing so would help end a public health crisis. Countries haven't used this provision to fight Covid-19 because it wouldn't solve the actual obstacles. Licenses have already been granted around the world. 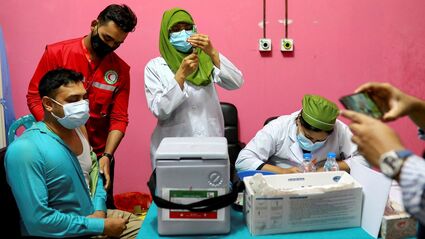 Likewise, no expert seriously thinks suspending IP protections will boost vaccine supply, given that we're already maxing out manufacturing capacity. Legal negotiations surrounding the scope of the required tech transfers would stretch into December. And it would take years for new companies to learn to make the vaccines and build specialized factories.

People in developing countries are dying at an alarming rate. They need America and other wealthy nations to do the hard work of expanding manufacturing capacity and distributing vaccines. Some members of Congress seem to think an IP waiver is good politics. But it won't get shots into arms when people really need it -- which is right now.

Gary Locke served as the U.S. Ambassador to China and the U.S. Secretary of Commerce under President Barack Obama. From 1997 to 2005, he served as the Governor of Washington.