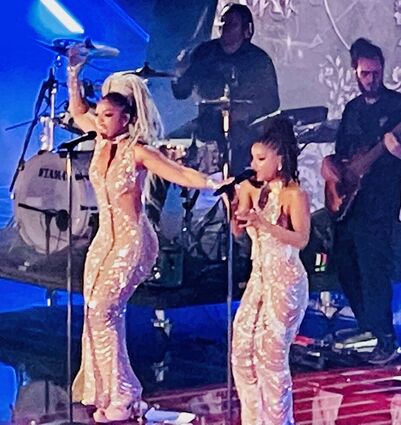 Global Citizen Live Los Angeles was the last location of the 24 hour worldwide broadcast to fundraise to defend our planet and defeat poverty by petitioning world leaders, philanthropists, and the private sector to give priority and commitments towards climate change, starvation, and vaccine equity.

Stevie Wonder's headlining performance was heightened, with his larger than life persona, pushed up close to the edge of his stage with a huge grand piano and a multitude of key boards.

Stevie Wonder's outstanding musical achievement was boosted when H.E.R, joined him on stage on guitar for the first three of his songs" Superstition"

Stevie continued with "Overjoyed" and ended on a new song" The Living Killing Life". The crowd was mesmerized and shouted "I love you Stevie"

H.E.R. gave a remarkable performance of her own when she returned to the stage later in the evening 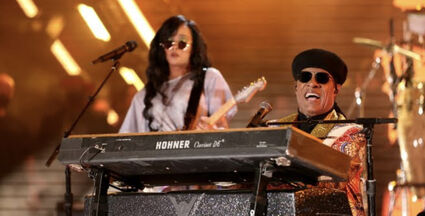 There was a sensational joint performance with Demi Lovato and Adam Lambert singing "Tears for Fears" and "Mad World", both wearing identical matching pants!

Global Citizen promotes social accountability with tolerance and recognition of diversity for all to manifest international solidarity. Perhaps Bill Gates can contribute some of his 269, 000 acres of farmland to Global Citizen?