The Dark Underbelly of Prison, What I See Every Day as a Women's Prison Inmate

The Inmate Advisory Council representative is supposed to be a position of trust, but not all live up to it 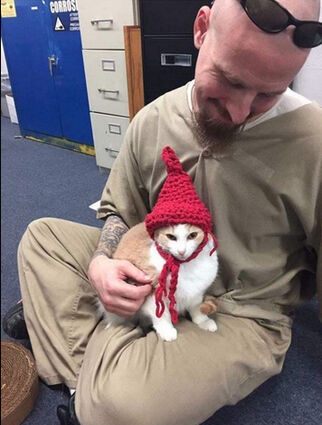 All California prisons have an elected Inmate Advisory Council within each unit of each prison. These "members" represent the population and meet regularly with the warden and department heads as well as each other. I was on the advisory council years ago.

They are elected by their peers, us. It's a position of trust, where you set an example to others. For example, when I became a member, I stopped littering because I knew my fellow inmates looked to me as someone to model. Each housing unit elects one member of each racial designation to represent the population's interests. A total of four Black, White, Latina, and the "Other'' category represents all other races. Four members per unit.

In my building, an "honor" unit, we live differently than the rest of the prison. We do not have drug dealers. No fights. Nobody brewing hooch. No smoking. Most women have not had any disciplinary issues in years! Myself included. Also, no property theft. In other units, women will break the lock right off of your locker with a chair. You come back and all of your property is gone. And, of course, there's never any witnesses. Nobody knows anything. We can have our own TV's here. People frequently come to find their TV's been stolen. Never to be seen again. The staff even treat us differently in this honor unit. Because they know they won't have to break up a fight or use pepper spray. We have a sense of decency in here.

This elected person is even the Chairperson of this program called PURR. ''Pawsitively'' United Rescue And Release. It's a program involving bringing rescue kittens into the prison for socialization for adoption. She's trusted with and able to use and abuse this also. There are cameras up all over the prison now. Yet they don't seem to see any of the dealing she does each day, in plain sight. This has been on my mind for a while. I've debated whether to put this out there. But it bothers me and telling you about it is therapy for me. I need to get this off of my chest. I got a pile of college work to do and I don't need this stuck in my head any longer.

There's an exception to the norm in this unit. A hypocrite. And an elected member of that Inmate Advisory Council I just told you about. No, I didn't vote for her. But, she got elected. She's the White IAC representative. Daily, like clockwork, she goes out on the walkway and buys drugs from different people. She packs her purse and makes her deal. She's crooked. She manipulates and uses her trusted IAC position to get things for drugs. She does drugs and goes to meet with Sergeants and Lieutenants while she's loaded, like there's nothing wrong with that. She's a cold, hard core fiend. All she does is get and use and find ways to get more. She lives to use and uses to live, as we say in Narcotics Anonymous. 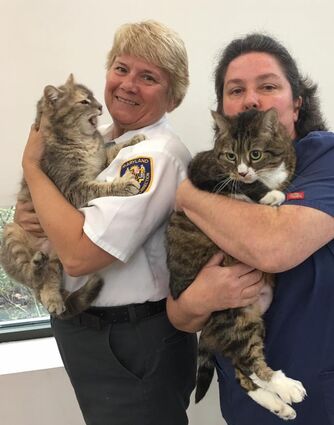 Cats on their way to the Maryland Correctional Institution for Women

Many people see it as taboo to be blaming addicts for their behavior. I say F-that. I can tell you that even drug addicts know right from wrong. Yes, even while they're in active addiction. Sorry if I burst any woke person's bubble. This person does this stuff all day long. Many of us have years clean from drug use! She's our supposed example to look at. She's on Suboxone Strips. She smuggles them under her dentures. She then dries it out by her fan and snorts the stuff. I have 56 months clean! I go to Narcotic Anonymous every Thursday evening. Whether I feel like it or not, I go. I'm working my 12 steps. Frankly, I do pity this girl. She wants to be free but won't give up the hustle for drugs. She's doing life for murder.

This behavior puts others at risk of triggering a relapse, among other things! I'm serious about my sobriety! I too am a lifer. But I'm up for parole soon. I'm currently enrolled in drug treatment fulltime! I'm strengthening my understanding of long term recovery. I'm truly walking the walk. I go to parole board soon. I'm in full time college classes. I have a strong mind. She is just another obstacle in the mine field known as prison. She's mean, selfish and dangerous. She hates the world and she hates herself. She feels the world owes her something. She means no one any good. She represents the underbelly of this prison. She's an untreated cancer. One of the worst of the worst.

Amber, pls stay strong! I’m so glad you’re doing ok! I’m a huge fan of your columns, girl! I’m so glad to read you’ll be out, I’m hoping you’ve written a book and can get published! I’m sure you’ll be able to get job in media out there, can you start a twitter acct in jail? Start getting noticed with twitter & FWIW I have total faith you will be ok on the outside world!