Solutions for the Problems afflicting our Downtown in Santa Monica

A downtown property owner gives a short, medium, and long-range set of solutions to the crime and vagrancy plaguing Santa Monica's downtown area 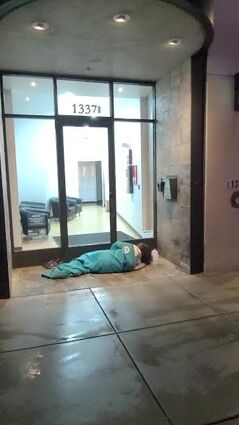 The following letter was sent to the entire city council, the city manager, and police chief. Chief Batista and City Manager White both replied with thanks to the author.

1) Update the current requirement of property and/or business owners having to renew the NO SITTING OR LYING IN THE ENTRANCE NOTICE from every 30 to 45 days, to INDEFINITELY.

This would immediately create a uniform enforcement environment which would streamline compliance efforts and significantly increase the effectiveness of EXISTING enforcement resources.

2) Deploy pairs of (sworn) Santa Monica Police Officers to the 3 blocks of the 3rd Street Promenade, 2nd, 4th and 5th Streets during the day and early evenings.

The impact will be more interconnection and a relationship with the retailers, customers and residents, the majority of whom do not feel safe parking, visiting and shopping.

3) Deploy SMPD Outreach officers and HIRE OFF-DUTY COPS from other jurisdictions with the money being saved in the Police Department from the current open positions, on foot to patrol the elevators (those still working) and combined 12 stairwells in Garages 1 thru 6 that line the 3rd Street Promenade. Temporarily fill the open positions with sworn temps from other cities.

These areas are where most of the trouble is and remains unseen by officers who drive through the garages.

4) Install see-through iron or metal gates at the entrances of all 6 garages that can be closed remotely from 12 midnight to 6 am.

This one step will prevent trouble, injuries, fire and camping out inside the parking structures. The new City Manager has told me three times he is bidding this project.

5) No parking contract with any parking garage operator should exceed one 3-year period without further review prior to renewal or a new open solicitation of bids.

6) Adjust the days and hours of the Santa Monica Fire Department's new Community Response Unit (CRU) to address behavioral health needs of the homeless in distress on city streets, from its current daily hours and schedule Monday thru Thursday, to start later in day to include evenings and weekends, when greater need is required.

7) Adjust work schedules of SMPD Officers to include 12 am to 8 am., during which there is now reduced or no coverage.

* Assess effectiveness compared to no Ambassadors

1) Identify and establish a 24-hour "navigation center" on City-owned land, to give people living on the streets interim and temporary (homeless) shelter and services.

This center can be used as a way to improve the community, not as a place to dump a problem. To invest in the neighborhood and hopefully serve all residents. An excellent example is in Pasadena, where the City and All Saints Church and contributors and volunteers teamed together to form Union Station Adult Center at 412 S. Raymond Avenue.

One prime interim "test location" would be a portion of the City-owned and under-utilized 2.91 acre former Fisher Lumber property, with a 'ready-to-go' approximate 5,500 square foot secluded building accessed from 14th Street (southeast corner of Colorado Avenue) in a light industrial area,. steps away from the light rail and public transportation, and populated areas that people who need the services can reach - - and want to go.

Since the parks plan was completed, the emergence of urgent safety priorities for Santa Monica justify the temporary reallocation of this resource to enhance the safety of the entire community. As it is temporary and completely reversible, it does not negate the park plan, only extends the implementation date. It is more than a reasonable tradeoff for the significant community benefits to be provided.

The "navigation center" building would not require funds to purchase or construct. It would provide people with somewhere to stay, around the clock, while they are getting back on their feet - - and connect them to services. The

stability would hopefully transfer a self-made shelter that has been created on the sidewalks and in the garages of our Downtown, and help people find jobs and permanent housing and address whatever led them to homelessness. That's all hard to do if you have to carry your belongings around on the street after the current food banks close in the afternoons.

The County can and should put in money it has (as an extension of the money it pays for the Access Center on 5th Street), and the City should diligently lobby to try and get state money too.

2) The City and SM Police Department currently pay West Coast Care for employing 2-person teams to start at the Beach and try and connect homeless with relatives at home or basic services. The idea would be to employ officers in uniform who could add more credibility to the outreach effort, and security.

3) Consider having the teams from West Coast Care begin their daily outreach from 4th or 5th, Streets, and work their way west to the beach, as the costs associated with cleaning and destruction are worse every morning in Downtown than they would be on the Beach.

The team currently starts its day working on the sand, and rarely makes it back east on to city streets.

4) Dedicate and segregate a separate City account specifically for parking revenues to be used solely for preventive maintenance and repairs, so deferred maintenance does not become overwhelming.

5) No parking contract with any parking garage operator should exceed one 3-year period without further review prior to renewal or a new open solicitation of bids.

1) Encourage the City Manager, Mayor, Police and Fire Chiefs to appear together following assaults, catastrophes, robberies and other major crimes, and convey concern or remorse to victims, co-workers and their families.

Except for just one or two of our Councilmembers, neither the Mayor, City Manager, Police and Fire Chiefs speak out immediately following events like these. As a result, many residents and business owners feel detached from their city government. 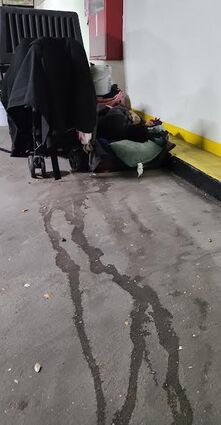 2) Conduct once or twice a year City Town Hall Meetings for residents and business owners to ask questions of the Mayor, Police and Fire Chiefs and City Manager, and for City leaders and residents to discuss the progress or status on homelessness and crime.

City Councilmembers had to wait 2 or 3 days to receive any notice of the assault and attempted rape this last July 2nd, that began in Parking Garage 8, and ended with murder an hour later on Colorado Avenue near 2nd Street.