Gascon's Policies May turn this Convicted Murderer into a Millionaire

Citing a desire to save resources as a reason to dismiss the case, Gascon may end up costing the county $1.2 million 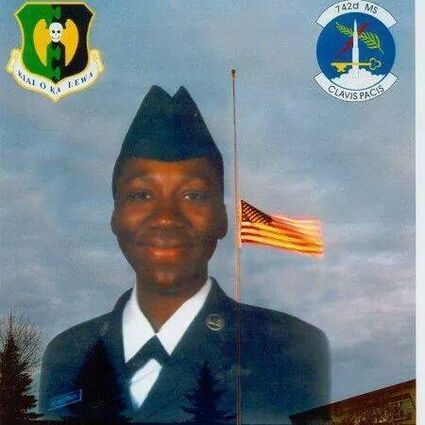 In 1997 defendant Kenji Howard was convicted of murder of Arkett Mejia, attempted murder of Travon Johnson and two others, and shooting at an occupied vehicle. Recently, the conviction was overturned because of "new" evidence, essentially a statement by his co-defendant who has nothing to lose. On December 2, the Los Angeles District Attorney's office announced that they would not retry the defendant because of policy considerations and resource constraints.

Wait. What? Murder is the most serious violent crime and the DA's office won't retry this case using policy and resources as an excuse? Arkett and Travon aren't worth it? The result of the District Attorney's action is that the defendant is no longer "convicted." He can now legally purchase firearms and ammunition. The defendant has been given a hero's welcome by his gang. When he applies for a job, there will be no criminal history flag giving employers a warning about what he did.

For Kenji Howard, a lot has changed because of District Attorney George Gascón's reprehensible action. What hasn't changed is that Arkett Mejia and Travon Johnson are still dead and their families still miss them every day, especially on holidays, birthdays, anniversaries, Mother's Day and Father's Day.

On March 17, 1995, 16-year-old Kenji Howard and co-defendant Edward Powell were both members of the "Blood" Limehood Piru Street Gang. At Dockweiler Beach, they followed friends Landon Martinez, Gail Lewis, Travon Johnson and Arkett Mejia, none of whom were gang members, as they drove home from the beach.

Powell pulled up next to Martinez' car. People in Powell's car flashed gang signs and gunshots were fired at Martinez' car. Arkett, who was on leave from the Air Force to attend her parents 25th anniversary, was shot and died immediately. Travon Johnson was also shot. He lived for 18 years in a coma before he died as a result of being shot. Witnesses described seeing shots from the seat where Howard was sitting. Howard admitted shooting a gun out the window.

Howard was charged, and because he was 16-years-old, he had a "fitness hearing" as the law required in 1995. Under Welfare and Institutions Code 707, a judge determined that Howard should be moved from juvenile court and tried in criminal court. In 1997, a jury found Howard guilty of one count of first-degree murder, three counts of attempted murder, and shooting at occupied vehicle. Powell was also convicted of murder based on aiding and abetting.

On July 13, 2021, a judge granted Howard's habeas corpus petition based on newly discovered evidence and the conviction was reversed. The "new" evidence was a confession by Powell that he was the shooter. Powell's attorney, however, told the judge that Powell would assert his 5th Amendment privilege against self-incrimination and refuse to testify in Howard's retrial.

On December 2, the prosecutor was directed by Chief Deputy Sharon Woo to read the following language into the record when announcing the office would not retry Howard: Howard "was a minor at the time of this offense. It is the policy of District Attorney George Gascón not to pursue transfer hearings to adult court. Accordingly, this matter will remain in juvenile court."

"In weighing the evidentiary challenges of proceeding to an adjudication [juvenile court trial] and the reality that no additional penalties can be imposed, the District Attorney's Office has concluded that its current resource constraints and overarching policy considerations and broad discretion favor dismissal of this matter.

Really? Resource constraints, policy considerations, and the district attorney's discretion mean that a charge of murder won't be pursued when the defendant admitted he shot the gun that killed the victims? 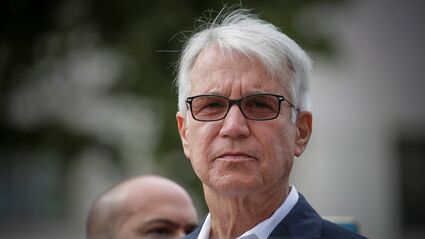 As if dismissing the charges wasn't bad enough, the defense is now asking for a finding of factual innocence (Penal Code 851.8). While this is certainly an appropriate remedy for someone who is factually innocent, it is an outrageous outcome for someone who admitted shooting that resulted in the death of two innocent people. The burden is on the wrongfully convicted person to prove their innocence by a preponderance. The People may present evidence which would essentially be the same evidence and would take the same time as retrying the case. This is the same evidence which the district attorney's office has claimed they can't present because of "resource constraints." If the people do not present evidence, it is likely that the court would have no choice but to find the defendant factually innocent. If that occurs, the defendant is entitled to receive $140 a day from the California Victim Compensation Board (Govt. Code 4904). Given that he has served over 25 years in custody, he could be awarded over $1.2 million from the Victim Compensation Board in addition to being able to sue Los Angeles County for millions more. This money isn't free - the money from the Victim Compensation Board would then not be available to actual crime victims, like Arkett's and Travon's families. Any civil recovery ultimately is paid by the taxpayers. The civil statute of limitations, however, precludes the victims' families from suing the defendant. Because the District Attorney didn't want to expend resources retrying the defendant, the victims are concerned that the District Attorney's office will not want to expend resources defending a factual innocence claim, effectively making Howard a millionaire.

The families of Arkett Mejia and Travon Johnson are devastated. They feel abandoned by the District Attorney. They deserve an elected prosecutor who seeks justice and recognizes that expending resources on prosecuting murder cases is in society's interests.

﻿Kathleen Cady began her career as a prosecutor in 1989 and retired in 2019. She is one of several former prosecutors who are providing pro bono assistance to crime victims in response to George Gascón's policies.