BLM-LA Hosts Smash and Grab Rally, Pickaxe Wielding Robber, and No Bail for Kidnapper Having Sex with a Minor

DA thinks it is perfectly fine for a grown man to have sex with a minor, and be released back on our streets with no bail 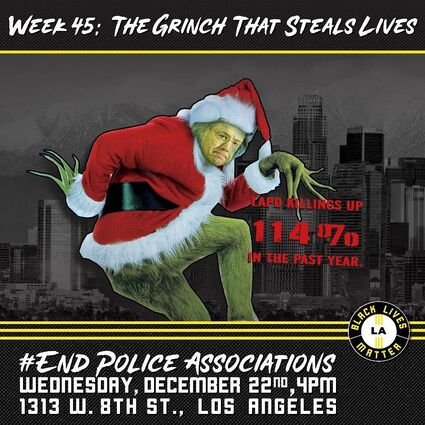 Los Angeles (CA) Under the category of, "you can't make this stuff up", Los Angeles has become a surreal crime circus where it's perfectly normal for a pickaxe-wielding woman to stroll into a store and steal what she wants, a man is arrested for kidnapping and having sex with a minor and is cut loose with no bail, and Black Lives Matter hosts a Christmas-themed "Smash and Grab" rally that makes light of the dangerous and deadly crime wave crushing California' cities. 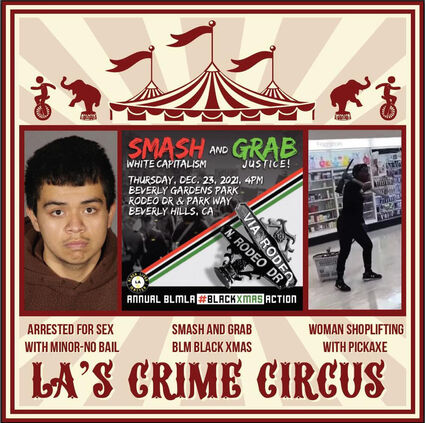 Note the poster for the Smash and Grab Rally

"It's time to put a giant big-top tent over Los Angeles and charge admission to anyone brave enough to come to our city to watch the Crime Circus that plays out on our streets every single day and night," said Craig Lally, President of the Los Angeles Police Protective League.

"Los Angeles has too many criminal coddling politicians, too many groups like BLM-LA and the ACLU that blame everyone but the violent criminal for the crimes they perpetrate, and a district attorney who thinks it is perfectly fine for a grown man to have sex with a minor and be released back on our streets with no bail" added Lally. "It's surreal to see our community torn apart like this."