No, We Didn't Make This Up. We're not that funny, for one thing. 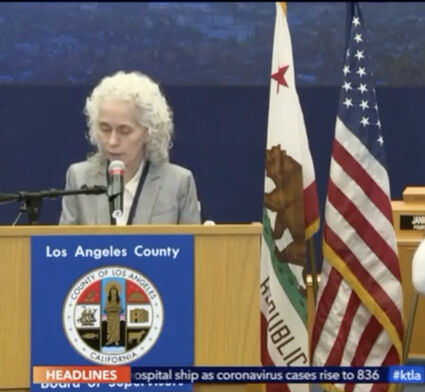 "Gratitude Concert" to Honor LA County's Barbara Ferrer for Covid, Cancelled Due to Rise in Covid.

A concert at santa monica high school intended to thank Dr Barbara Ferrer for her work on Covid, has been cancelled due to the rise in Covid cases. Ferrer famously has lead Los Angeles County through the widely unpopular lockdowns, mask and vaccine mandates. She's not a real doctor; her PHD is in Equity of Communities. She is reviled on the right and adored on the left. Press release cancelling the concert reads:

On the eve of Jacaranda's announcement of its plan to honor LA County's Director of Public Health Dr. Barbara Ferrer for her strong leadership with a concert entitled "Gratitude," the pandemic surge makes proceeding any further untenable. Due to the rise of Covid cases, health care worker uncertainty, and an abundance of caution for public safety, the scheduled January 22, 2pm Santa Monica concert is cancelled.

Five hundred members of Dr. Ferrer's heroic field staff were expected to attend the Barnum Hall concert and receive the community's appreciation. Jacaranda staff will contact tickets holders to offer a refund, or conversion to a year-end contribution.

"We have made a painful decision to cancel our second concert of the 'Turning Points' season," said Patrick Scott, Jacaranda's Artistic Director. "We were thrilled to have assembled so much extraordinary talent from our community, and eager to applaud these local heroes for all the help they have given daily during this pandemic. Due to the high transmissibility of the Omicron variant, and concerns about breakthrough cases among the vaccinated, we feel that this is the right and only course of action." 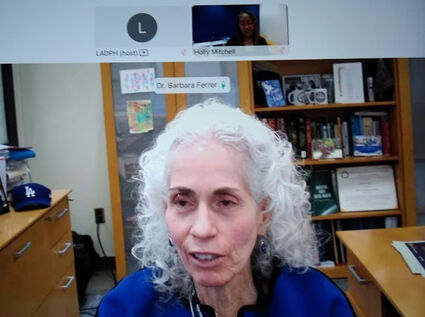 Additional information regarding ticket refunds/conversions as well as Jacaranda's remaining concert season will be available by January 4th at https://www.jacarandamusic.org/season.

They used to burn witches at the stake...now we give them gratitude concerts....