Juvenile Caught with a Ghost Gun at the Santa Monica Pier 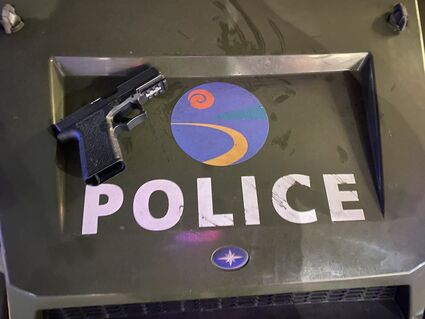 January 11, 2022 - On Saturday evening about 5:30 pm, Santa Monica police officers were conducting a routine patrol of the Santa Monica pier when they approached a group standing near a pickup in Parking Lot 1 North. The pickup truck was loaded with the vending carts that are illegal to operate on the pier, lacking pier licenses and health permits. A male in the group near the truck lifted his arms and the police officers noticed the black handle of a handgun protruding from above the male's waistband.

The police were able to approach the male and safely recover the handgun from his waistband. In addition to the gun, the male individual had a high-capacity loaded magazine of 15 rounds in his front pants pocket.

Meanwhile, a large group of the illegal vendors noticed what was going on and approached to attempt to intervene. According to SMPD spokesman Lieutenant Rudy Flores, the group taunted and verbally abused the officers. Additional officers were required to be called in to assist in taking the arrested individual from the area. 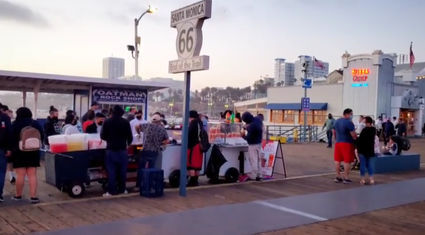 At the police station, the male was determined to be only 14 years old. The semi-automatic handgun he'd been holding had no serial number. The ghost gun and the magazine with live rounds were booked into property as evidence.

The minor was booked for 265400(a)(2) PC – _Carrying a Loaded Firearm and 32310(a) PC – _Possession of High-Capacity magazine. He was subsequently transported to juvenile hall.

Under the direction of LA County DA George Gascon, a new program diverts nearly all juvenile defendants to rehabilitation rather than incarceration. According to Deputy District Attorney Jonathan Hatami, this means no juvenile will be charged or go through the court system. Any program into which these juvenile offenders may be placed will not be monitored through the court.