By Larry Zarcoff
Special to the Observer

Betty White Was For the Birds: How I Befriended Betty White On an Animal Centered Film Shoot.

After the photo shoot, Betty White emailed me for years, asking how my parrots were doing. 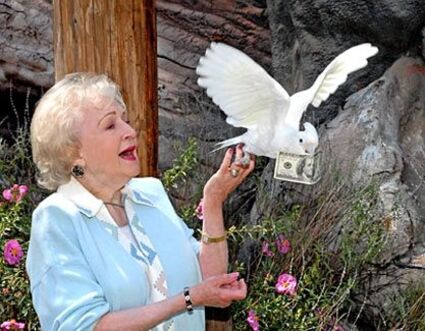 In the mid 90s I got a call from the folks over at Buena Vista Television to direct and edit a pilot presentation for a proposed syndicated show called "The Betty White House." The idea was that Betty White lived on a ranch with her animals, and celebrities would "drop in" for coffee and a chat. It was a nice idea, a twist on the morning show format.

My skeleton crew and I all trudged up to her ranch in Santa Clarita. It was a very simple set up, except every Disney executive in California was there to add their 2 cents... That was sub-optimal and created a bit of a scene. A four-man crew and 25 suits? Not a good setup.

Part of the gig when you direct is that you have to build trust with the talent. The suits were overwhelming, so the trust was paramount in this situation. 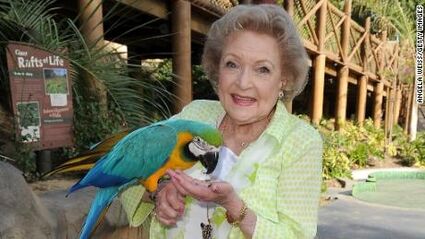 Betty White with a Macaw

My approach with Ms. White was to show her photos of my parrots, knowing what an animal enthusiast she was. To say she was thrilled would be an understatement, and she took me by the arm around the back of the house and introduced me to her real life pet chimpanzee, and had me hold him. There are production photos somewhere of this and I remember it was a hoot.

The presentation came and went. The show wasn't picked up. But here's the thing...

Ms. White emailed me for years, asking after my parrots. She remembered all their names (which of course is a history of Japanese monster movies) and wanted current photos. She always remembered our little 3 day shoot fondly and asked after my family...

Who does that? Betty White. She treated everyone this way. There's a reason that she was so beloved and a great part of that was how she treated people.