By Alita Arose
Special to the Observer

The Divine Feminine and Imagination 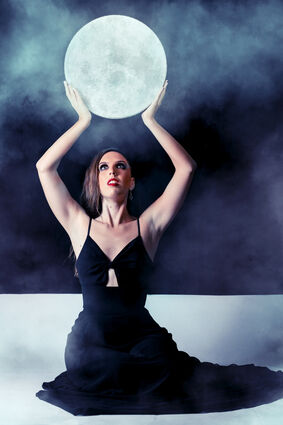 "Imagination is more important than knowledge," one of Albert Einstein's prolific quotes, resounds through the ethers with trembling ominousness. As western culture continues exponentiating artificial intelligence, civilians are unconsciously consenting in allowing their intuitions and imaginations to enter the foreboding threat of moving from endangered to extinct. Imagination is one of the most blessed treasures gifted to humanity, and there currently is a war upon it.

What might some of the battles be of this insidious war? Impaired social and emotional intelligence is just one symptom slithering surreptitiously throughout the culture. With smartphones, televisions, computer screens, watches and omnipresent surveillance beckoning attention away from the present moment, humans are saturating the ecosystem with head dominant consciousness. But what about the other realms of knowing?

While inhabiting the physical, present world is going obsolete with the competing universe of virtual reality, there is another world in this equation which is equally at risk of extinction. The world of intuition, dreams, the intelligence of the heart and the wisdom of the body, these realms of knowing fuel imagination and creativity. These realms are often devalued by the hypermasculinized culture which cares more about speed than it does about being. One does not need to look too far in history to see how the mythical and the physical intersect when efficiency is valued more than ecological wellbeing. Just look at the iconic tragedy of Titanic and where the soul of that ship currently rests.

When one is not attuned to their internal current, they are at the mercy of the media onslaughts hijacking their trajectories. A loud, metaphorical drum then bangs them into obedient sycophants of the deception of the times. It can be difficult to see the illness of society when one is drenched and absorbed within it. The incessant inundations of "knowledge" are not to be demonized either. Who doesn't love to learn? But when the values of immediacy and information override the value of experiencing, listening, and connections to the unseen, destruction becomes imminent. 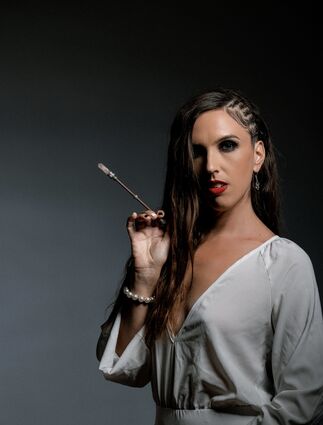 The voice of the psyche is imperatively needing attention. What is psyche? She is the synthesis, the glorious interweaving of body, mind, heart, soul and spirit. Her voice speaks uniquely and metaphorically to each and every human being. Her language is that of the dream. Dreams reveal significant codes and messages which can't get through when the ego is operating at high volume in waking reality. Offering credence to dreams is a value of the divine feminine. Divine Femine encompasses the realms of knowing which come through dreams, intuitions, voices of the body, and imagination. How does one contend with the ubiquitous wars plaguing the planet and psyche? For one, begin by honoring and engaging the voice of the personal dream.

Alita Arose is the founder of Eternally Mused Academy. https://eternallymused.com/