How Much Was Spent on Homeless and How Many Were Helped? Santa Monica Staff Has No Idea

Additionally, the City currently does not have a methodology for tracking all expenditures related to homelessness 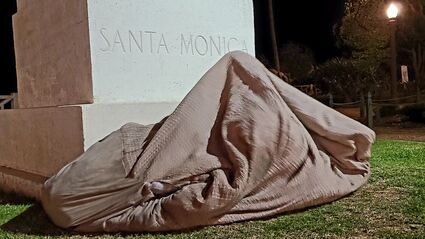 1/21/22: Staff for the City of Santa Monica released a report this month titled "Overview of Homeless Outreach and Hygiene Services" in response to requests from some city councilmembers for a comprehensive report on what is being done to address homelessness, how much it is costing, and what effect it has had.

None of the requested information is addressed in full in the January 6 staff report.

Measures to address homelessness increase a complex web of different types of outreach teams, some government-run and others nonprofit. They are funded in a variety of ways, with some city money, some state funds, and county money.

Nowhere in the report is there any data on how many people have been moved off the streets via all of this money and outreach. Not one data point.

The city's strategy for addressing homelessness, according to staff, was adopted by the council in March, 2019 and consists of the "Four Pillars:"

Oddly, none of the pillars includes getting people off the street. Is that not a statistic by which the city wants to measure success?

Staff was also not able to tell their elected leaders how much total in city funds had been spent on homelessness since "the City currently does not have a methodology for tracking all expenditures related to homelessness." However, they came up with at least $6,829,548 in 2021-2022 expenditures by the city for various outreach organizations, food banks and other activities.

Again, not one single piece of information regarding how many people all this money helped off the street. 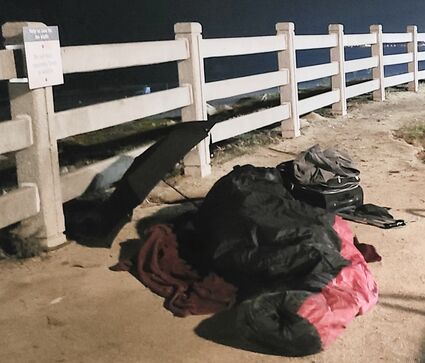 No survey has been taken of the number of unhoused individuals now on the streets of Santa Monica since 2019. However business owner John Alle, whose business in downtown Santa Monica is heavily affected by the homeless, had a team of his own do a homeless count - at night. As he wrote in a letter to the city council, "My team spent hours conducting our own homeless count (with advanced legal assistance from a regional-based firm) one evening/early morning in November (42 degrees) and the second about two weeks ago (56 degrees). He said he covered "from California Avenue on the north to Sunset Park and the Airport area on the south, and Ocean Avenue on the west to Centinela on the east. We did not venture on to the beach or PCH." However, his team conducted their survey by foot, not car, and covered "the commercial alleyways and public garages, and walked into all the City parks that were not fenced off. We drove the wider arterial main streets. We did not cover the residential areas north of Montana."

Even leaving out the area north of Montana and the beach, Alle's team counted 2,300 homeless individuals.

In 2019, the official Santa Monica homeless count was 907 individuals.

Evidently, $6.8 million gets you a 250% increase of homeless individuals on the streets.