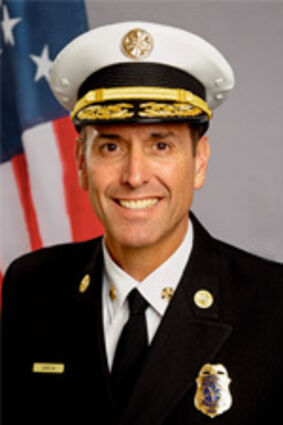 Danny Alvarez has been appointed as the new Fire Chief of the Santa Monica Fire Department, city officials announced on Thursday.

"We had an exceptionally strong talent pool for our next Fire Chief, but ultimately, Alvarez rose to the top due to his well-rounded experience, data-driven approach to management, and his commitment and track record to improving diversity, equity, and inclusion," said City Manager White, announcing the appointment. "He also brings a deep love of the fire service and is focused on building meaningful relationships with the community and employees he serves. We are extremely excited to have him join our Santa Monica team."

As Burbank's Deputy Fire Chief, Alvarez has been an integral part of that department's leadership team since 2018. He provided oversight of 120 sworn personnel, 16 civilian staff, and directly supervised five battalion chiefs. He also led equity and inclusion initiatives for the department, including through the recruitment and training process, city officials said in a statement.

Alvarez has experience leading a department across ranks during his career in Burbank. Other roles include acting fire chief, battalion chief, fire captain, fire engineer for both hazmat and fire prevention inspection, recruitment academy instructor, urban search and rescue, and firefighter.

Alvarez holds a bachelor's degree in fire and emergency management from Waldorf University and has engaged in extensive education and training throughout his career, including certifications from the Center for Public Safety Excellence, LAFD Leadership Academy, and has been accepted into the Executive Fire Officer Program through the National Fire Academy. 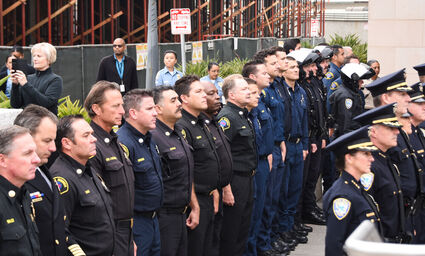 SMFD operates out of five stations and a Public Safety Facility that houses the department's Administrative Offices and Fire Prevention Division. The Fire Chief, two Deputy Chiefs, Training Chief, Fire Marshal, and three Battalion Chiefs are supported by over 136.9 personnel (122 sworn and 14.9 non-sworn). The Department has a total operating budget of $44,514,250 and responds to approximately 19,000 calls annually, according to city officials.