Eerie photos of Khloe Kardashian Trending on Twitter. What's up with those hands, Khloe?

People think the photos of her hands reveal either serious photoshopping, or something more sinister. 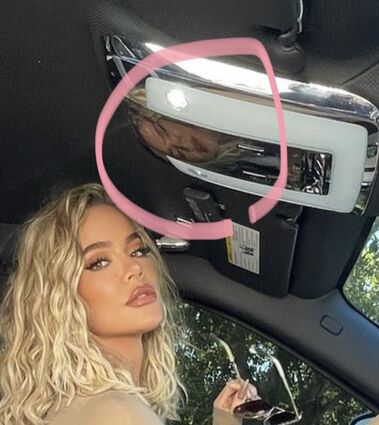 Ghostly images of Khloe Kardashian in the mirror above her head.

"Betrayl rarely comes from your enemies," says Khloe Kardashian, in a tweet where the social influencer is getting into an automobile. Her face is reflected off the ceiling in one image. Except well, her face looks quite different than the "real face in the image."

This is seemingly a thinlly veiled reference to her relationship to Tristan Thompson. But why is her face reflected on the roof of her vehicle, different than her face as it appears in the photo? Once again, the Kardashian's excel at producing fodder for social media. 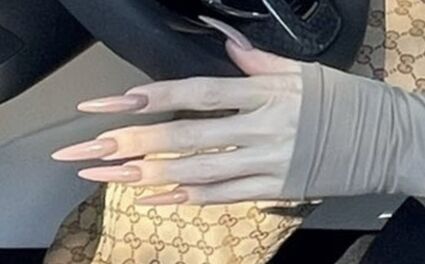 What's with the chicken hands and the fingernails, Khloe?

The 37 yer olds hands "look like Barnaby Collins" said one twitter user, referring to a famous vampire who appeared on TV in the 1970's. "Khloe Kardashian's hands will no longer know peace," tweeted Marlon Palmer.

Kardashian began dating basketball player Tristan Thompson in 2016. Kardashian gave birth to a daughter, True Thompson, on April 12, 2018, amidst controversy after Thompson was found to have cheated on Kardashian during her pregnancy.

In February 2019, Kardashian and Thompson split after it was revealed that Thompson had allegedly cheated on Kardashian with her younger half-sister Kylie Jenner's then-best friend Jordyn Woods. In August 2020, they resumed their relationship after quarantining together during the COVID-19 pandemic.[80] In June 2021, they were reported to have broken up again.