Trafficking and The Super Bowl: As the super bowl draws near, anti-trafficking strivings are proliferating in reach and effort in the Los Angeles area

Due to an increase in both traffic and demand during the super bowl, anti-trafficking organizations are working double time to increase city wide awareness and efforts to combat the supply of there being underage girls and boys for sale. Republican and Democratic conventions, along with car trade shows are also events which inspire increased momentum from these human rights organizations.

Theresa Flores, founder of SOAP (standing for Save Our Adolescents from Prostitution) has implemented a strategic effort of supplying hundreds of hotels and motels in the city of Los Angeles with literal soap bars to fill hotel rooms and bathrooms. Hundreds of volunteers stick red labels onto each of these soap bars which has the hotline to call if one is in need of support and wishing for help. The hope is that in the few minutes while a victim has alone time in a bathroom, they might find the red label and call the number on the spot or at a later time. Many who are being trafficked are also being drugged and/or have an enmeshed relationship with their trafficker who they feel loyal to.

While it may seem initially bizarre to feel loyalty to one's abuser, Stockholm Syndrome is common. Victims need to survive, and the trafficker can quickly become boyfriend/daddy/exploiter/killer in the flash of an eye. Survival can mean employing psychological defenses of rationalization, denial, and a slew of other strategies for maintaining approval from the one who holds control over their life and death.

Additionally, with a large majority of trafficked minors coming from the foster care system and other underprivileged communities, vulnerabilities for exploited love become gaping. Especially when one has incurred complex trauma (neglect, abandonment, abuse in physical/psychological/sexual/spiritual levels), red flags aren't registered. Being forced to stand on a corner or entertain strangers in a motel room can register as love and not abuse to a traumatized brain. At least the trafficker (or "boyfriend") gives them more attention than mother or father ever did. This is not to condone the trafficker, but to put into perspective how and why such strong attachments are formed to exploiters.

Some of the anti-trafficking efforts clash with sex worker rights activists and movements. Many anti-trafficking organizations fight for the Nordic legislative model. This model decriminalizes prostitution while criminalizing the buyers. To adults who have a secure sense of agency and make their living off sex work, this is not a popular model. These laws hurt their demand, which when in an industry filled with those already suffering disenfranchisement, such laws can also hurt their very survival.

When inquired about the conflicting interests, Flores stated that she both validates and understands some adults do sex work on their own volition. "My organization is for the children," she says. Thanks to recent lobbying and legislation, "human trafficking" now exists in the English language. There is no longer such a thing as "child prostitution." If one is a minor and engaging in any form of commercial sexual services and becomes visible to police authorities, they are no longer charged for postitution but seen as a victim of trafficking.

Along with soaps, missing children posters are also delivered to the motels and hotels. Several motels confirmed sightings of human trafficking happening close by or on their premises. A motel owner in the Hollywood area claimed drug trafficking and Fentanyl to be a larger issue in his area. When asked if he would be interested in having his staff receive a training on how to spot signs of human trafficking, he declined. In the city of Hawthorne, one group of volunteers reported a motel on their delivery list had seen one of the children on the posters in the past week. Almost all motels and hotels were receptive to posting the missing children poster and most of those also took the soaps in agreement to use them. 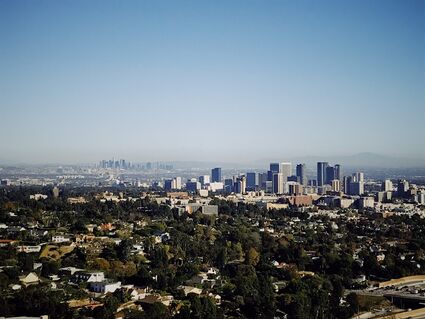 Brazenly standing strong in one's purpose does not come without criticism, projections and attack. While Flores receives praise and support, it is not uncommon to have to interface with naysayers. People challenge her with questions like, "How do you know this soap stuff even works?" She is not without ample evidence that these efforts do indeed work. Her responses are poignant, "I don't know exactly all the ways these efforts work. But, I don't need to."

What beautiful words. May each and every Angelina and Angelino have the bravery to embark on their visions and efforts for a more free and just society. The feedback may or may not be as immediate as the dopamine rushes of "likes" on social media. But in the end, those aren't needed. What is needed are more humans caring about the injustices happening in their very own front and backyards.