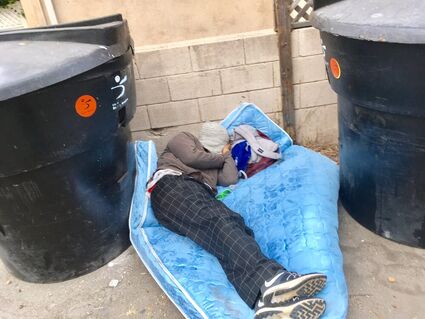 A homeless man sleeping in an alley.

Los Angeles County voters have "a complete lack of faith" in the city of Los Angeles and their county to address the homelessness crisis.

That's the consensus of six focus groups, according to a coalition of civic leaders who released the results of a study Thursday that addressed the important issues of the upcoming local elections in June and November.

"There is an absolute, total, complete, without exception, lack of faith in city and county government to address homelessness," said public policy consultant Darry Sragow during a briefing of the focus group by the Committee for Greater L.A. Wednesday.

"In all the years that I've watched focus groups or conducted focus groups -- it's in the hundreds, been doing this for decades -- never have I seen this kind of consistency in focus group results."

The Committee for Greater L.A. conducted six focus groups with 39 people between Dec. 13 and 16 in the Westside, Encino and Pasadena. It found that homelessness is L.A. County voters' most important issue.

The group found that most county voters encounter unhoused people throughout their daily life, Sragow said during a briefing Thursday on the results of the focus groups.

"When you go to the store, when your kids go to school, when you go to work, when you go to take a walk. Whatever. Homelessness is essentially everywhere, and to say that voters are frustrated by the problem is a gross understatement, but it's important to understand what frustrates them and what their expectations are," he added.

The focus groups also revealed voters' impressions of the unhoused population in Los Angeles, believing that the homeless population consists of four groups of people: those with serious mental illnesses, those with addiction issues, those who can work but prefer to live outside and people who have fallen on hard times due to the economy.

The Committee for Greater L.A. also found that voters expressed empathy for the unhoused population, along with fear of them and "disgust" toward encampments, Sragow said. 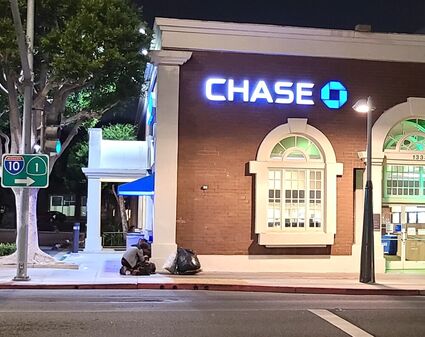 A homeless man in front of Chase Bank.

Voters in the focus groups also were opposed to more taxes to solve the issue, with people noting that they haven't felt any progress in the homelessness crisis following measures like Proposition HHH.

"They frankly think the money is winding up in people's pockets," Sragow said, noting that participants were aware of some Los Angeles elected officials being convicted and indicted in corruption scandals.

Focus group participants were receptive to the idea of an independent organization, without elected officials, being convened to address the crisis, along with a realistic plan with goals that can be measured.

"They don't expect that homelessness is going to be eradicated all together, they just don't. But they want to see substantial progress," Sragow said.