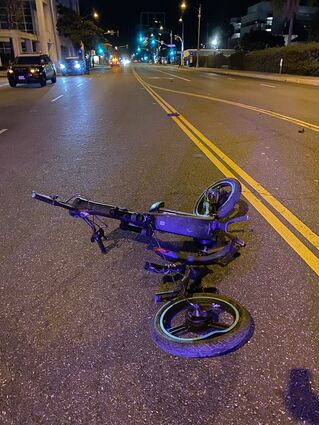 Site of the hit-and-run accident involving a black sedan and a ride-pay motorized bicycle.

2/15/22: It took Santa Monica Police less than two days to identify and locate a suspect who allegedly downed a female bicyclist at Chelsea Avenue and Santa Monica Boulevard during a nighttime crash. 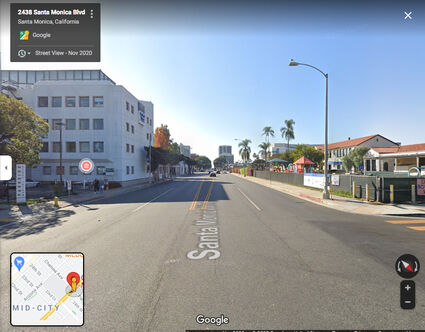 Daytime photo of the crash site, near McKinley Elementary School

At about 2:08 am on February 13, police were called to help a 16-year-old female bicyclist who'd been hit by a car. The reporting party told officers the vehicle had fled the scene via 23rd Street, traveling north. Santa Monica Fire Department personnel took the victim to a local hospital where she is currently listed in critical condition. The SMPD press release did not discuss why a 16-year-old female was on the street at two in the morning.

The Major Accident and Response Team (MART) investigated the site and the next day, February 14, they and Detectives took into custody Ramos Santiago, 29, from his residence in Los Angeles. Santiago was transported to the SMPD jail, where he was booked for 20001(b)(1) CVC – _Felony Hit and Run and 12500(a) CVC – _Driving without a License. Investigators also towed his vehicle, a black Chevrolet sedan, to be processed for evidence.

Anyone with any additional information pertaining to this incident is strongly encouraged to contact Investigator Evan Raleigh at 310-458-8954 or the Watch Commander (24 hours) at 310-458-8426.