Rumor: A Large UFO Crashed In Poland, near the Border with Belarus. And that's Really What The Crisis is About

"Something really BIG has been discovered at the border with Belarus. . . Rumors are circulating among the soldiers that it is NOT of this planet's origin." 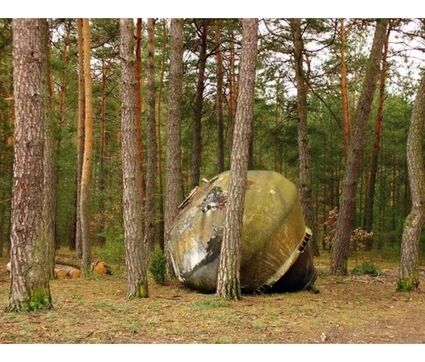 Did a large UFO crash in a Polish forest near Belarus? Is competition over this object the true cause of the current military crisis?

Why is Vladimir Putin suddenly making such a big issue about Ukraine? After all, the Soviet Union broke up 30 years ago and Ukraine has been independent ever since. What if his crisis level urgency has an otherworldly explanation? Some speculate that the answer is about a race to reverse engineer alien technology.

I don't know if I believe it myself, but it does explain why there's suddenly a large US military facility in Poland near the border with Belarus. It explains the apparent sudden shift in Russian thinking, that suddenly they need to challenge NATO, as if 2022 were the year to do it.

The mainstream media has also reported on the large US military facility in Poland. And we all know about the crisis caused when Vladimir Putin assembled 190,000 troops at the border with Ukraine. Did a large UFO crash in a Polish forest near Belarus? Is competition over this object the true cause of the current military crisis? Here's what the report actually says:

"i just heard this from a friend who is very high up in the Polish army," says the post on Reddit. "As some of you may have heard, there was a recent 'migrant crisis' at the border of Poland and Belarus.

"The army was sent to protect the border. Entire towns have been sealed off. Now he told me the real reason for it." 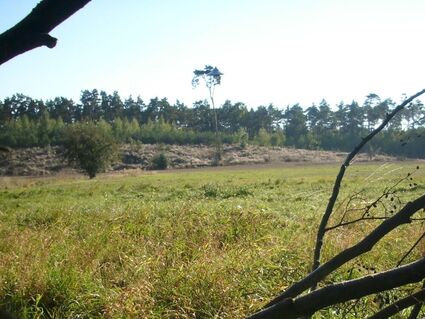 A hunter claims to have taken these photos of a UFO in a Polish forest.

"Apparently something really BIG has been discovered at the border with Belarus. Even he doesn't know the exact details about it, but the Info is circulating among the soldiers that it is NOT of this planet's origin.

"The area has now been taken over by the US Army Rangers stationed in Poland, and there are US Military convoys coming in and out. Among them are tanks and armored vehicles that are completely sealed with black materials. There are no visible details, no doors no windows, completely black and impenetrable.

"The area is now the most heavily guarded place in Poland. No civilian is allowed in or out. He told me the stuff is still in the woods, it's too big to be moved, and they won't be able to keep the secret much longer. The info is spilling outside and they will have to reveal it to the public very soon.

"He told me his commander told him to get prepared, Because it will change the course of mankind forever."