Missile Strikes in Ukrainian Capital Kyiv, in Kharkiv 300 miles Away, as Putin Launches Attack on Ukraine 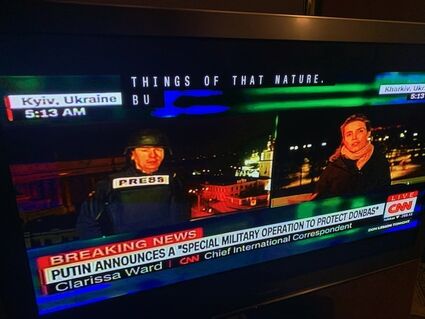 2.23.22 The war broke in Ukraine on American Television in real time, as CNN reporters Matthew Chance and Clarissa Ward said they heard a steady stream of strikes, explosions over the city of 2.8 million. "We don't know exactly what those strikes are hitting, but in Russia near Belgorad, we are hearing helicopters. People here are going to be waking up to a very different country than the one they went to sleep in.

In Kharkiv, a city of 1.4 million, Ward said she could also heard explosions, describing the Northern Ukrainian city as dominated by young professionals. Kharkiv is 300 miles from Kyiv. Given that CNN's Frederik Pleitgen could hear artillery fire, it seemed clear that the Russians were using their artillery to fire into Ukraine.

Putin said he had no intention of occupying Ukrainian territory. But he has lied before, and recently, about the scope and scale of this military operation. 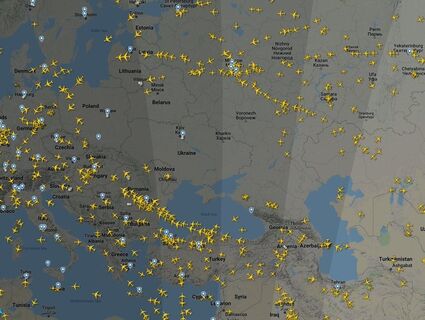 Clarissa Ward: "No one here believed this would happen. Because nothing about this war makes any sense. Average people have been going about their business (in Kyiv), most of them not expecting this to happen until this evening."

Chance: The invasion has begun, says the interior ministry. Those explosions you've been hearing are missile strikes. There may be strikes in other parts of the country as well.

Former US President Donald Trump spoke to Fox News. "I really believe it was Afghanistan. Putin didn't initially plan to go in there (Ukraine). But when he saw the weakness, his plans changed. When we leave $75 billion worth of military equipment and hostages, they saw that incredible weakness, the stupidity, the incompetence of this administration."